Review | The Boy Next Door
Search 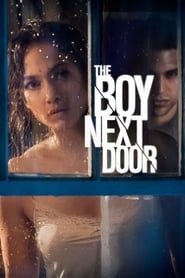 With the countless teacher-student sex scandals that make headlines every week, filmmaker Rob Cohen (The Fast and the Furious) embraces this taboo subject matter by dishing out his latest cinematic dud, The Boy Next Door. And while it's no secret that January is known for unveiling sub-par and thoughtless titles to compete against the Oscar juggernauts craving a bigger box office, Cohen's film is about as low as it gets.

Jennifer Lopez stars as Claire Peterson, a recently separated high school Literature teacher stuck in limbo over forgiving her cheating husband or moving on from their tainted relationship. Meanwhile, a new 19 year old senior named Noah (Ryan Guzman) moves in next door to take care of his sick uncle, and the young man develops an interest in Claire. After an awful blind date one evening, the emotionally vulnerable teacher takes to a bottle of wine and succumbs to Noah's tempting seduction. But as she continues to tell him their one night stand was simply a mistake, the high-tempered teen begins to show his true colors.

There are so many issues with The Boy Next Door I don't even know where to begin. Everything from its hokey opening flashback to set-up the story all the way to the film's surprisingly violent finale, The Boy Next Door just screams made-for-tv-movie. The events are completely unrealistic and the fully grown 27 year old Ryan Guzman is a laughable casting decision for the role of Noah. In all seriousness, the best part of the movie is only having to sit through 91 minutes of it.