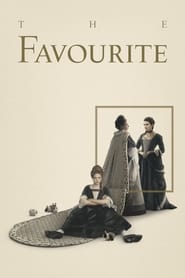 If you aren’t familiar with filmmaker Yorgos Lanthimos, then you haven’t heard of or experienced one of the world’s most unique and bizarre voices. To attempt to explain his work is to do it a grave injustice. Lanthimos is an expert at tapping into the emotional gut of his audiences with a disturbing oddity that makes his work unequivocally singular. And in what is surely the filmmaker’s most tame and harnessed effort to date, The Favourite still manages to scratch at your core with its vile irreverence, a trademark effect of Lanthimos’ work, and helps propel this title to the top of his catalog.

In 18th century England a crazed and imbalanced Queen Anne (Oliva Colman) navigates her country through a war against the neighboring France with the aid of her stoic sidekick and close friend, Lady Sarah (Rachel Weisz). Their symbiotic relationship has long been cemented as Lady Sarah acts as a puppeteer controlling the strings of Queen Anne. However, things become unexpectedly tense when a new servant named Abigail (Emma Stone) begins to compete with Lady Sarah for the Queen’s favor. 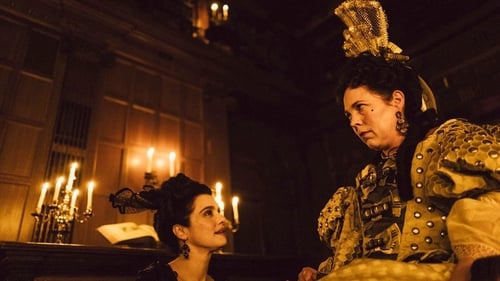 The Favourite prides itself as an unconventional period piece. While the film’s set and costume design are superb in their own right, The Favourite circumvents period piece norms by relying on a gripping tale that would work just as well in any setting. Yet, it’s Yorgos Lanthimos’ signature style with tight shots, distorted imagery and sharp editing that elevates his work beyond the genre’s staple films. It’s no wonder why industry stars have been flocking to his titles. And in The Favourite we’re gifted with brilliant turns from the movie’s trio of co-starring actresses, each of whom mesmerize in drastically different ways. Emma Stone with her darling charm and nefarious deceit which almost make it feel like two separate roles. Conversely, Rachel Weisz becomes the epitome of strength and confidence, never afraid to voice her opinion and see things through to the bitter end. But it’s Olivia Colman’s infantile psyche and expert precision that acts as the glue to the film’s three prominent women. It’s been declared that Colman plans to campaign in the Lead Actress category while Stone and Weisz plan to go Supporting Actress. Typically, competing against a fellow cast member can serve as a roadblock to a nomination, but recent history suggests it’s very possible to pull off a two for one. Just last year Sam Rockwell and Woody Harrelson both scored Oscar nods for Three Billboards Outside Ebbing, Missouri, and Rockwell even went on to capture the statue. These performances are that good and I wouldn’t be the least bit surprised to see all three actresses make it into the final five. Likewise, Yorgos Lanthimos is a legitimate Best Director contender and The Favourite, as a whole, posesses all the makings of a bona fide Best Picture candidate as it’s one of the year’s most notable standout features.