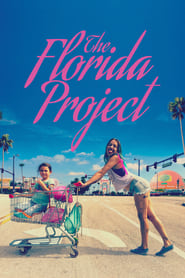 Last year's indie festival darling Moonlight tore through the festival circuit en route to its unforgettable Best Picture Winning Oscar-night blunder. And if your looking for a film this year that resonates much like Barry Jenkins' immortal work, look no further than Sean Baker's personal and intimate experience, The Florida Project. And although the film doesn't tackle social issues quite as prominent as homosexuality and inner city culture, ones that certainly helped Moonlight capture Hollywood's most prestigious achievement, The Florida Project still leaves a lasting impression that should help carry the film to a modest level of awards season success.

Moonee (Brooklynn Prince) is a charismatic and carefree girl raised by her jobless mother Halley (Bria Vinaite) at a beaten down motel in the shadows of "the funnest place on earth", Disney World. As Moonee and the other children from local motels get into their daily mischief, Halley struggles to find decent work while trying to make ends meet. Under the watchful eye of her firm but fair motel manager Bobby (Willem Dafoe), Halley's life slowly spirals out of control and perhaps to a point of no return. 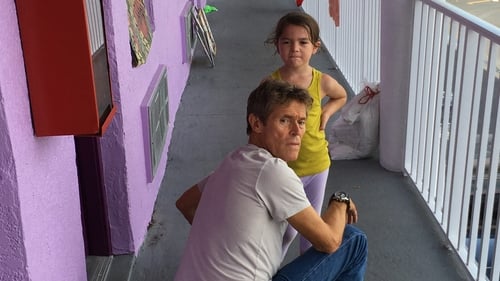 As a compelling example of humanistic filmmaking, The Florida Project beautifully captures both the essence of childhood and the weight of adult-like responsibility. The juxtaposition of these vast differences paints a sobering picture of daily life for many Americans, one that director Sean Baker brings to the forefront with such tenderness and humility. Of the film's many fine performances, it's Willem Dafoe who stands most likely to garner the attention of Oscar voters. Bobby represents a compassionate voice of reason and maturity in a world full of tenants who continually find ways of screwing up with every new opportunity. Dafoe's character provides an outpouring of love and protection to a community of families often forgotten by the world around them. It's powerful and it's heartbreaking, but it's exactly what allows The Florida Project to resonate so well. Other exceptional turns are delivered by youngster Brooklynn Prince and her onscreen mother, played by Bria Vinaite. However, despite tackling a unique perspective of American society and valiant work from the entire cast and crew, The Florida Project lacks any real semblance of engaging storytelling and culminates in a mightily pronounced fashion. After investing so much emotion into a completely character-driven experience, ending the film on such a striking note feels a bit unjust.