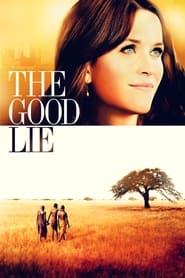 Truth be told, I had my reservations after a first glimpse at the trailer for Canadian filmmaker Philippe Falardeau's The Good Lie. What appeared to be a suffocating sentimental piece headed by the queen of schmaltzy dramas, Reese Witherspoon, actually turned out to be much more than that. As a Centerpiece selection at this year's Philadelphia Film Festival, The Good Lie played surprisingly well to a large crowd of attendees.

Despite the way the film has been marketed - which isn't very much, due to a newly revealed condensed release - Reese Witherspoon is by no means the central force behind The Good Lie. Instead, Falardeau makes the valiant decision of placing the focus on the lives and struggles of the movie's Sudanese refugees, simply referred to as "The Lost Boys", and utilizes Witherspoon's presence as a lighthearted balancing tool to counteract such a powerful and moving story. Witherspoon fades into the background as a reliable complement in the role of an employment agent tasked with finding jobs for these three young men who journey across the Atlantic Ocean to America in hopes of achieving a rewarding future.

Much of the film focuses on the childhoods of these Sudanese natives and the war-torn conditions that they and millions of other refugees have been forced to confront. The Good Lie directs its attention to all of the right places and ultimately tells a valuable story that tugs at the heartstrings, but by no means in excess. The Huffington Post has even labeled Falardeau's effort as "The Best Film of 2014 that you probably havent seen". While I'm not willing to go quite that far, I can confidently say that The Good Lie is worthy of a watch and a suitable choice for anyone seeking out a well-intended feel-good flick.