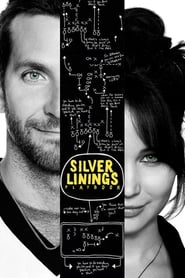 This year's Philadelphia Film Festival couldn't have lined up a better Opening Night Film. David O. Russell's latest work, Silver Linings Playbook, truly embodies the City of Brotherly Love. Everything about the film looks, sounds and feels like Philadelphia. From the carefully selected suburban neighborhoods that appear throughout the movie to our beloved football team, the Philadelphia Eagles, it's clear that David O. Russell "gets" this often misunderstood city. The director creates a strong and unbreakable kind of bond that's sure to last a lifetime, especially around here.

Bradley Cooper stars as Pat Solitano, a former high school teacher doing a stint in a mental facility after coming home to his wife having an affair and then severely beating her lover. It's safe to say that Pat has some issues with anger management and certain "triggers", like his tainted wedding song that's guaranteed to set him off on a rampage. On the other hand there's Tiffany (played by Jennifer Lawrence), a recent widow whose self loathing and erratic antics help support the fact that she's clearly off her rocker too. But when the pair of crazies decide to help one another out with some sizable favors, they soon discover the best way to help make sense of this screwed up world.

David O. Russell's Silver Linings Playbook is a surprisingly upbeat and off-the-wall examination of mental health disorders. Way funnier than I anticipated it to be, the director chooses to approach this serious issue with a delicate sense of humor. What could have easily been sold as a dark comedy with a completely different tone, Silver Linings Playbook stays light and refreshing throughout its two hour running time. Perhaps most impressive about David O. Russell's latest work is the script's ability to generate a fluent tempo. The character development and plot are frequently progressing, giving Silver Linings Playbook a perfectly suited pace. Never lethargic or lifeless, the film has a pair of tremendously talented stars to thank for such an excellent result. Bradley Cooper continues to elevate his work and a performance such as this one should clearly put him on the Oscar's radar. But for as phenomenal as Cooper is throughout the film, his counterpart, Jennifer Lawrence, still tends to overshadow his efforts. Lawrence, who has already landed a Best Actress Nomination for her work in the indie hit Winter's Bone, uses this role to stamp her claim as one of Hollywood's fastest rising female stars. There's no limit to what the future has in store for her. Although the two leads steal the film, the quality of the cast doesn't stop there. Robert De Niro's name is already floating around the Best Supporting Actor race for his portrayal of Pat's football crazed father, Pat Sr. Even though I can agree with the praise being thrown De Niro's way, I was almost equally impressed by Chris Tucker's character. Completely outside of his normal loud-mouthed range, Tucker demonstrates a more mature style of acting which shouldn't be ignored. Once again, writer/director David O. Russell assembles a fantastic collection of talent and uses their glowing performances to constantly elevate his work.

Despite all of its commendable aspects, there are a few small complaints with Silver Linings Playbook. Most notable is an uncomfortable and awkward feel surrounding the character Jake Solitano (played by Boardwalk Empire's Shea Whigham). As Pat's older brother, Jake never finds his niche in the story and it results in plenty of stumbling scenes. Knowing that Silver Linings Playbook is based on Matthew Quick's novel of the same name, maybe Jake's character serves a more purposeful role in that platform. Yet, here he does nothing but detract from the otherwise smooth flowing pace of the film. Another small blemish with the feature is some inconsistencies revolving around the final scenes. The audience, like Pat, is force fed a dose of reality that his ex-wife is no longer interested in talking to him. As if her restraining order against him isn't proof enough. Therefore, when she comes back into the story at the movie's conclusion, it feels like a bloated Hollywood-esque move on behalf of the writer and director David O. Russell. While none of its faults are detrimental to the success of the film, Silver Linings Playbook easily moves past these flaws and remains one of the year's best pictures.