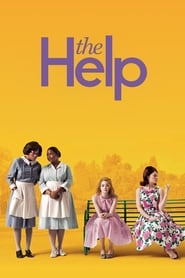 We've all heard the common phrase, "The book is always better". Since The Help is a best selling novel, director Tate Taylor finds himself against large odds with his first major release. Lucky for Taylor, he has surrounded himself with an abundance of talented actresses like Golden Globe Nominee Emma Stone, Academy Award Nominee Viola Davis, and Tree of Life star Jessica Chastain. With a wonderful story and an amazing cast, if Taylor could piece together even something comparable to book, it would be a sure hit. And believe me, he has.

Skeeter (Stone) is a recent college graduate who has returned home to Jackson, Mississippi in hopes of becoming a writer. When she lands a job at a local newspaper answering questions about cleaning, she learns of a darker truth living in her hometown. In Jackson, most wealthy white families hire "help" in the form of uneducated black women to assist in raising their children and cleaning their homes. Eventually the children grow up to start families of their own and mold into spitting images of their unappreciative parents. These once loving children begin to mistreat the same black women who helped love them throughout childhood. Skeeter quickly recognizes this problem and aims to write a novel taking the perspective of "the help". However, these fearful women refuse to come forth with all of their horrible stories and experiences. That is until one brave soul named Aibileen Clark (Davis) takes a stand and confronts Skeeter with the earth shattering truth that's currently happening in Jackson, Mississippi.

The Help is a moving civil rights drama that weaves together a wonderful crop of charming characters. Emma Stone is brilliant as Skeeter, the progressive, independent young women trying to change a world much bigger than herself. And although Stone undoubtedly shines in her role, two other performances overshadow her noteable work. First, the unknown Octavia Spencer is nothing short of spectacular as the sassy maid Minny Jackson. Spencer delivers a vibrant character that will make you laugh out loud one minute, and give you goosebumps the next. Her eclectic range is unquestionable and I wouldn't be surprised to so her nominated during the awards season along with Viola Davis. Davis is stunning as Aibileen Clark, the brave woman who steps out to the forefront of this controversial issue. She embodies courage and wisdom on a level that most actresses could only dream to aspire. The cast surely elevates what may otherwise have been just any other civil rights story to the memorable instant classic that is The Help.

The film is not perfect, however. One downfall in Tate Taylor's picture is a few of the other characters are beyond believable. I do not want to criticize the performances of Bryce Dallas Howard and Jessica Chastain because both were marvelous at times, yet their characters are simply caricatures. Cartoon like and blown out of proportion, to the point where some will claim they make the film's seriousness lose credibility.

But the way I see it, The Help is easily one of the best films 2011 has to offer. I was skeptical of its two and a quarter hour runtime, but the constant progressing storylines truly make it an easy watch. You will laugh and be moved just enough to make this roller coaster ride of emotions feel worthwhile. Therefore, get to the theatre and don't miss out on seeing a movie that is sure to garner some attention during next year's awards season.