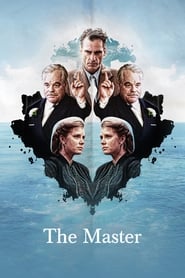 Make no mistake about it, Paul Thomas Anderson is lauded by many purists of cinema as one of the greatest  living directors. Although he has never taken home a Golden Statue from the Academy, he's been regularly recognized with screenplay nominations for past works such as Boogie Nights, Magnolia and There Will Be Blood. What's most magnificent about the filmography of Anderson is his inadvertent methods of storytelling and character building through the course of precise dialogue and articulate acting. Paul Thomas Anderson challenges the audience and asks them to look deeper into themselves to fully grasp his work. And with the accomplished director's latest effort, The Master, he sustains his typical trend of expressing his purpose through enigmatic and complex art forms.

Freddie Quell (played by Phoenix) is a post WWII naval veteran with an unclear future. Freddie's battle scars and parental abandonment have reinforced his animalistic lifestyle which thrives on sexual desires and unruly alcoholic concoctions which he mixes so well. But when his poisonous liquor sets him on the run from a cabbage farm he's been working at, the young drifter finds his way onto a yacht in the San Francisco Bay. On this yacht Freddie meets its captain, Lancaster Dodd (played by Hoffman), a charismatic man who claims to be "a writer, a doctor, a nuclear physicist and a theoretical philosopher". But Dodd continues to add that, "above all, I am a man, a hopelessly inquisitive man, just like you". Consumed by Dodd's aura and methods, Freddie becomes a loyal pawn for Dodd and his wife Peggy's (played by Adams) religious/existential movement called "The Cause".

Sluggish but never boring, Paul Thomas Anderson's The Master is a tantalizing character study that utilizes its entirety to pose questions rather than answer them. To its unfortunate discredit, the film shies away from developing any strong semblance of a plot and reverts its focal point to the psychology of Freddie and Dodd. The pair share a multitude of scenes that are nothing shy of absolute genius. Throughout their constant verbal and sometimes combative encounters, we see Phoenix and Hoffman team up for the kinds of scenes that lend their hands en route to Oscar winning performances. Phoenix portrays such an intriguing and perplexing character, it's a shame that Anderson doesn't create more of an extensive platform to let Freddie expand. By reducing The Master to an almost obsessive examination of the father/son or master/protege relationship with no other plan of action, we're subjected to nothing more than a vague and hollow shell of ideas. Also, it's worthwhile to point out that these relationships are by no means new material to Anderson. The director has used them as valuable subplot in past works like Boogie Nights (i.e between Burt Reynolds and Mark Wahlberg) and There Will Be Blood (i.e. Daniel Day Lewis and his son). In the aforementioned films, the relationships serve meaningful purposes such as adding dimensions to the characters and creating depth to the features. Yet with The Master, Anderson explores this notion through and through without ever complementing the story in any other facet. Now, we're left to only imagine how much an improved and progressive plot would have benefited Phoenix, Hoffman and the entire crop of gifted cast members.

While being as respectful as I can to an icon such as Paul Thomas Anderson, it goes without saying that The Master holds an enormous amount of cinematic value. The cinematography is top notch and Anderson's Malick-like artistic sense is second to none. The Master is a beautifully shot film with some of the greatest acting ever displayed, these and many other notable technical achievements only reiterate the brilliance of its legendary director. And as far as the screenplay goes, Anderson's words spawn so much fire and intensity in the impressive exchanges between Freddie and Dodd. Their co-dependence is often maddening but so perfectly fitted for one another. Freddie, as "an animal" and a drifter searching for acceptance and open arms. While on the other end there's Dodd, a self proclaimed leader desperately seeking a loyal follower to resurrect. As their uncontrollable need for one another continuously leads to doubt and resistance on both ends, we're always left recalling Dodd's words, "If you figure out a way to live without a master, any master, be sure to let the rest of us know, for you would be the first in the history of the world". Powerful dialogue such as this only illustrates how transcendent of a writer and director Paul Thomas Anderson has become.

For as much as I appreciated Anderson's The Master, I found an almost equal amount of displeasure in its lack of a necessary plot. There's plenty of mastery depicted throughout the entire feature, yet the film's failure to develop a proper story will inevitably alienate audiences and diminish its Best Picture chances. And while I find The Master to be a less impressive piece of work than most of Anderson's earlier offerings, cinephiles and critics alike will surely give high praise to the film. However, I would recommend the average moviegoer to look elsewhere.