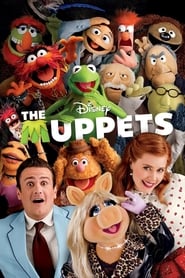 To understand how the rebirth of The Muppets came about, you need to travel back in time to 2008. The seed was planted when Jason Segel's character in the comedy hit Forgetting Sarah Marshall decides to make a puppet rock opera about Dracula. Shortly after the film's release, Segel began pitching the idea around Hollywood and so began the reincarnation of Kermit, Fozzy, Miss Piggy, and the rest of the gang. It's been a long awaited 12 years since a theatrical release (1999's Muppets from Space), and Segel wanted desperately to reintroduce a big part of his childhood to a new generation of children. Without question, the comeback is a success.

The Muppets follows a pair of siblings named Gary (played by Segel) and Walter. Along with Gary's girlfriend Mary (played by Adams), the trio sets out on a trip to Muppet Studios. When they arrive at the run down building, Walter overhears Tex Richman's (played by Cooper) plan to tear down the studio and drill for oil. Desperate to stop Richman's evil intentions, the three fans find Kermit the Frog and convince him to round up the old gang in order to save Muppet Studios from destruction.

After waiting over a decade for their triumphant return, Kermit and company once again hit the big screen in a winning fashion. In The Muppets, these lovable characters from our childhood ease their way back into our hearts as if time stood still. The film serves as a refreshing reminder to the youthful love we had for the entire gang. Each muppet offering a unique vision and distinct personality, the collection of characters effortlessly recapture your heart. Jason Segel perfectly aids the comeback, and his little brother Walter (a new muppet character) makes for a welcome addition to the gang.

The film succeeds as a whole because of its convincing storyline and its genuine tone. The Muppets is a simple movie with a lot of heart, and as generic as that may sound, it's a recipe for success. Keeping true to its predecessors, the latest installment generally uses its musical numbers very well. With 6 new songs and reusing a trio original numbers (including "The Muppet Show Theme", "Rainbow Connection", and "Mah Na Mah Na"), The Muppets dial up another winning effort. Hence, the film is undeniably a welcome addition to the franchise.

Despite the film's wonderful sense of nostalgia, there are a few detracting factors. For starters, Mary's character (played by Amy Adams) is necessary to the story, but poorly utilized. Even her song "Me Party" (along with Miss Piggy) is a low point of the movie. On the other hand, Chris Cooper's character, Tex Richman, is a satisfying villain. Yet his main song "Let's Talk About Me" fails to fit in with the rest of the film. The feature tends to flow very well, but these obvious flaws cannot go unrecognized.

The latest installment of The Muppets proves to be a fun film that's suitable for audiences of all ages. The whole gang appropriately returns to form and the laughs are never ending. Whether it's to bring children of your own or to just see for yourself, you can't go wrong here. Due in large part to the efforts of its star Jason Segel, The Muppets will undoubtedly make you feel like a kid again. And for that Mr. Segel, we thank you.