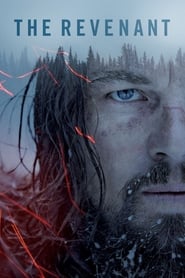 Last year's Best Picture winner, Alejandro G. Inarritu's Birdman, amazed audiences with its single-shot appearance and paved the way for the director's next project. Even though the Mexican filmmaker has successfully lured impressive acting talent to his highly regarded past works, The Revenant has always been different, it's supposed to be "the one". With the Oscar-less Leonardo DiCaprio set to star in the role of a lifetime as he rides the wave of Inarritu's recent success, all eyes have shifted to their upcoming collaborative effort.

Set throughout a massive uncharted American wilderness during the 1820s, Leonardo DiCaprio stars as famed explorer, Hugh Glass. Following a viscous grisly bear attack that leaves him fighting for his life, Glass is abandoned and left for dead by fellow frontiersman, John Fitzgerald (Tom Hardy). Against all odds, Glass is forced to withstand blistering winter conditions as he embarks on a vengeful quest to find and kill Fitzgerald.

The Revenant is a relentless survivor tale that motions fluidly between an intense drama and a visceral revenge thriller. Despite all the attention placed on Leonardo DiCaprio's leading performance, it's Inarritu's direction that shines brightest. Unlike his fine technical achievements in Birdman, Inarritu slightly tones down his flashy filmmaking skills and utilizes them solely as a complement to Hugh Glass' remarkable true story. This naturally brings us to DiCaprio. Although I'd argue against this being the finest work of his career, the performance still warrants global attention and I do believe that he'll win his first statue on Oscar night in February. Sometimes the stars just need to align and DiCaprio's exceptional turn is further elevated by surprisingly weak competition within the Best Actor race. Don't be fooled, however, The Revenantis more than a one man show. The entire ensemble is worthy of immense praise and that includes each of Tom Hardy, Domhnall Gleeson, Will Poulter and the rest of the film's brilliant cast.

While The Revenant is an epic story of one man's staunch pursuit of revenge that exceeds Inarritu's previous Best Picture winner, it still fails to mask a few noticeable shortcomings. First, the film packs an immediate punch and culminates with a phenomenal climactic finish. Yet, the second act of Inarritu's Oscar contender trudges along aimlessly with a Terrence Malick-like sense of artistry that keeps the plot at a standstill. Despite being existential and filled with marvelous imagery, this two and a half hour feature suffers from a sluggish midsection. Furthermore, The Revenant's continual reliance on violence and brutality stays loyal to the main theme of the film, but it will undoubtedly repel a large faction of moviegoers and Academy members. Therefore, I see The Revenant as a major Oscar player but an unlikely choice for back-to-back Best Picture winners from Inarritu.

As someone who enjoyed Birdman for its exquisite direction and not as much for its middling story, I had a few reservations regarding Alejandro G. Inarritu's latest offering. However, The Revenant surpasses last year's top-honored film in both style and substance. The feature doesn't boast a high re-watch factor, but it still manages to set itself apart as an instant classic from one of Hollywood's most talented visionaries. And maybe, just maybe, he'll be able to get Leo that well-deserved Oscar win.