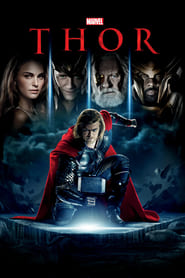 2011 expects to have a Summer filled with superhero releases. It just so happened that actor/director Kenneth Branagh's Thor was the first one to take the leap. With other potential blockbusters like Green Lantern, Captain America, and another X-Men film to hit theatres shortly, we should be all superhero-ed out by the Fall. Just to keep things in perspective, let it be known that I forked out the $17.50 a ticket to see Thor in IMAX 3D. And to be perfectly honest, I think it helped out the entire experience.

Thor stays true to the mythological legend. The Norse God of Thunder, Thor, grows up in the fantastic realm of Asgard. His father Odin was a great warrior who has ascended to the thrown of Asgard. Odin raises Thor and his other son Loki with the intentions of naming one his successor. Thor is the impatient, quick to attack warrior, and Loki is the more reserved and non-confrontational type. However, when Thor deliberately disobeys his father's commands, Odin casts him off to live amongst the humans on Earth. 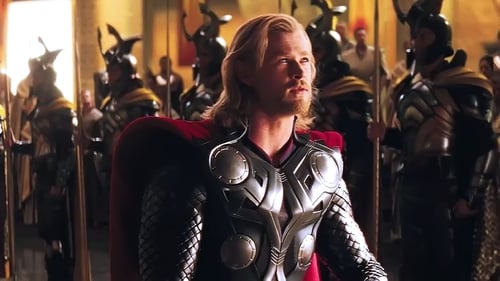 With Thor, Branagh creates an intense and action packed adventure that's very entertaining. To be completely honest, I wasn't too interested in the film and found myself caught off guard by the result. The film is well paced and interesting from start to finish. Furthermore, Thor translated very well to the IMAX experience. It was tasteful and by no means overdone. For a stingy man like myself, the $17.50 seemed well worth it.

In addition to the entertainment value of the film, Thor had some great performances. As always, Academy Award winner Natalie Portman was excellent, but Chris Hemsworth is the one who introduced himself to the world in style. The lead actor was convincing as a clueless Norse God living amongst humans. Hemsworth will be reprising his role of Thor in 2012's The Avengers. I expect him to be just as wonderful in that film too. Furthermore, kudos to Anthony Hopkins, Kat Dennings, Tom Hiddleston, and Stellan Skarsgard for adequately rounding out the cast. Each of the previously mentioned were essential to Branagh's big picture. The strong cast helped make Thor an easy watch.

There weren't many noticeable flaws with Thor. I appreciated how the love story was somewhat restrained and how the conflict created in the film was genuine. There's a lot to appreciate with this superhero film, and I thoroughly enjoyed it. The movie, by nature, is limited, but still entertaining and noteworthy nonetheless. I recommend taking the time to give Thor a chance, preferably in IMAX 3D. The costly venture will be worth it, even for you non-fans of superhero films.