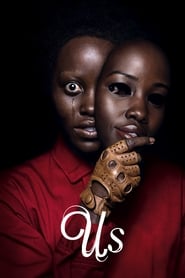 It feels like Jordan Peele’s seamless transition from sketch comedy star to Oscar Winning writer and budding director happened overnight. His masterfully penned and hypnotic - for lack of a better word - psychological thriller Get Out was certainly deserving of its massive commercial success and countless awards season accolades. But it all boils down to expectations, and this time around expectations couldn’t be higher for Peele’s and his new SXSW Opening Night Film, Us. With a packed house in place for the movie’s world premiere at the Paramount Theater, where hordes of fans were sadly turned away after spending hours crossing their fingers in hopes of being granted entrance into the event, all eyes eagerly converged on the big screen in anticipation of another crowning achievement. Unfortunately, Us is nowhere near as gratifying as the expectations we’ve placed on the film.

Married with two children, a grown-up Adelaide Wilson (Lupita Nyong’o) reluctantly finds her family on the same sandy beaches of Santa Cruz, California where she experienced a traumatic, life-changing event as a child. And with eerie hints of déjà vu floating all around what’s intended to be a peaceful vacation, things take a turn for the worse when night time hits and the Wilson’s discover four strangers holding hands at the top of their driveway. These dark figures converge on the home with vengeance, wearing only red jumpsuits, carrying sharp sets of scissors and possessing the same exact faces as Adelaide and her family. 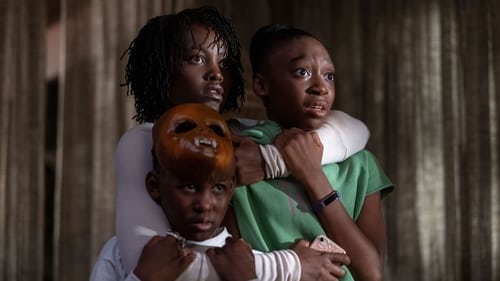 While perhaps it’s unjust to pit Jordan Peele’s newest creation against the towering masterpiece that is Get Out, truth is it’s only natural to do so. And by comparison, these films aren’t even in the same stratosphere. Where Get Out oozes with nuance and sleek social metaphors, Us holds a far less impactful punch with a wildly cryptic and off-kilter story. And properly assessing the film requires examining the many distinct elements that unite to make the whole. First and foremost, Jordan Peele’s advancement behind the camera continues to grow and his direction stands as the film’s strongest aspect. However, while his evolution as a filmmaker is apparent, Peele’s writing isn’t as crisp or refined. He still manages to conjure up a truly original horror tale that, but one that concludes as more of a gimmicky approach than his deeply involved character-driven story from Get Out. Consequently, Us projects too soft of a voice, as its subtext and underlying themes are either harshly muddled or shockingly nonexistent. But to be fair, the film doesn't try to hide that it's strickly a horror entry, one that levels its sheer moments of a intensity with a healthy dose of Peele’s trademark laugh-out-loud comedy. Therefore, rather than foolishly searching for a deeper meaning behind what transpires, I'm forced take the film on its face value as an entertainment-centric endeavor that dazzles on occasion but hardly separates itself from the pack.