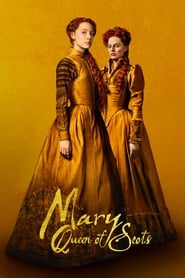 The stakes are raised for new releases with each passing day, it’s the cruel and unapologetic reality of Oscar season. And that means if a movie isn’t viewed as “good enough” to stir the pot amongst early frontrunning favorites, then it often falls by the wayside and quickly becomes a forgotten memory. Unfortunately, this is exactly what’s bound to happen with Josie Rourke’s finely crafted period-piece drama, Mary Queen of Scots.

In the late 1500s Mary Stuart (Saoirse Ronan), the rightful heir to the throne, travels back home to Scotland after the death of her husband, the King of France. Meanwhile, Mary’s cousin Elizabeth I (Margot Robbie) has ruled over England in her absence and is shocked to learn of Mary’s return. A struggle for absolute power inevitably emerges between these two women and the men closest to them as the fate of England, Scotland and the entire world rests on their shoulders. 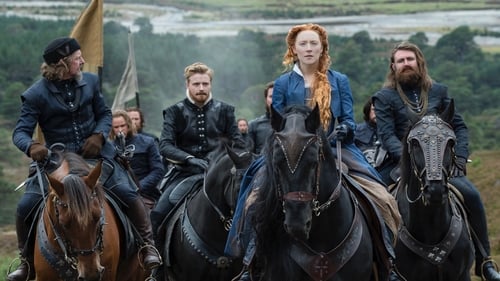 Mary Queen of Scots superbly captures the cutthroat underworld of royal monarchy by closely mirroring contemporary issues regarding women’s equality through a gut-checking period-piece set over 400 years ago. We’re thrust into a world of power, privilege and familial duty where cunning backstabbing becomes the norm while climbing up the ladder of succession. And as a film that checks-off many of the once vital Oscar boxes (biographical period piece, check … star-studded cast, check … compelling story, check …), Mary Queen of Scots has somehow faded from the awards season without a whimper. This surprising absence cannot be blamed on the film’s central performances. In fact, two of the five Best Actress Nominees from just last year devour the film's screen time and they do so with brilliance. Saoirse Ronan’s stern and fearless demeanor builds with every subsequent scene, while Margot Robbie's unstable and borderline paranoid psyche is magnificently delivered. Both women deserve higher praises than they have received to this point, but that isn’t meant to overshadow James McArdle’s eye-opening supporting turn as Mary’s half-brother, James. Admittedly, I’m no historical expert on this time period, but I do believe that Josie Rourke’s interpretation of these events would cause much debate among scholars. But still, adequate pacing and a gripping biographical tale make Mary Queen of Scots a well-acted and worthwhile addition to 2018’s crop of films.