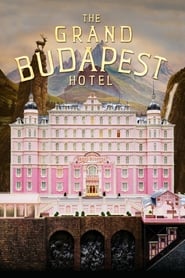 After enduring an elongated journey to the Oscars this year, thanks to the awards show's refusal to compete against the Winter Olympics for viewership, it felt as though the 2014 cinematic year would never get going. Early offerings such as The Monuments Men and Jack Ryan: Shadow Recruit generated initial excitement that managed to wear off quickly. But finally, nearly two and a half months into the year, Wes Anderson strikes again and delivers a film worthy of praise. The long-time director's latest work, The Grand Budapest Hotel, also proves to be one of his finest to date.

Anderson's movie follows an author's fond recollection of the adventures surrounding legendary hotel concierge Gustave H. (played by Ralph Fiennes). The prominent figure at the famous Grand Budapest Hotel develops a strong bond with his trusty protege and lobby boy, Zero Moustafa (Tony Revolori), as the pair find themselves entangled in a web of murder and incarceration thanks to a priceless painting known only as "Boy with Apple". Gustave and Zero must work together swiftly in order to free their names and survive the pursuit of a ruthless henchmen named Jopling (Willem Defoe).

Although I've never been a huge outspoken fan of Wes Anderson's earlier works such as Rushmore or Life Aquatic, the director has certainly elevated his game in recent years. With 2012's indie success, Moonrise Kingdom, making a firm impression on his career, Anderson's newest feature nearly matches the effort. Leading man Ralph Fiennes puts on his finest acting display in over 15 years with this light-hearted and wacky role. The film's star is both charismatic and enchanting in his portrayal of the oddball concierge Gustave H. And in an expected trademark move by Wes Anderson, The Grand Budapest Hotel boasts an extensive list of actors and actresses in varying roles such as Jude Law, Adrien Brody, Jeff Goldblum, Harvey Keitel, Bill Murray, Edward Norton and Tilda Swinton (just to name a few). However, no matter how fun it always is to spot these stars in random scenes, Fiennes is the glue that holds it all together. On the shoulders of a top flight lead performance and another fabulously written screenplay by Wes Anderson himself, The Grand Budapest Hotel makes for an entertaining source of laughs and intrigue.

Despite the feature's winning array of perfectly timed jokes and hysterical dialogue, The Grand Budapest Hotel seems to suffer from flaws that typically run rampant throughout Wes Anderson's catalog of work. With a bloated emphasis on style and setting more so than the characters themselves, Anderson occasionally misses the mark by failing to create depth to his onscreen personae. It goes without question that the colorful scenes are visually appealing and the director has coined a unique and stylistic approach of his own, but his films generally lack the necessary emotion to move audiences and elevate the works to new heights. Instead, we're left with a "wordy" script containing a fair amount of humor and an excess of vibrant imagery.

Well-paced and delightfully pleasing, The Grand Budapest Hotel is a second consecutive entertaining product from the highly-regarded writer/director, Wes Anderson. Although I continue to wait for the filmmaker to turn the page with his career and take a bold step, I've still managed to find a semblance of enjoyment in his recent efforts. Good, but not great, fans of the quintessential Anderson-style are sure to appreciate The Grand Budapest Hotel.