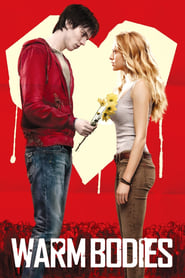 Attempting to circumvent fans of the 2008 Sundance Film Festival Audience Award winner, The Wackness, director Jonathan Levine's first real burst onto the scene came in the form of his 2011 hit 50/50. The indie drama resonated with audiences all across the country and impressed me enough to land in the #1 spot on my Top Ten Films of 2011. Levine returns nearly a year and a half later with the zombie comedy Warm Bodies. Boasting a main cast far less impressive than his previous hit, Levine and his employer Summit Pictures hope to gain a stranglehold on the teenybopper Valentine's Day market.

Warm Bodies follows R (played by Nicholas Hoult), a free thinking zombie who ends up falling in love with the girlfriend of one of his victims. However, the more time that R spends with Julie (played by Teresa Palmer), the more he begins to feel human again. This shocking revelation sets these unlikeliest of lovers on a journey to save the world.

At it's heart, director Jonathan Levine's Warm Bodies puts a clever spin on the prototypical love story. Although much like its contemporary counterpart the Twilight franchise, plots holes galore and unpredictable behavior consequently deteriorates an otherwise fun-filled affair. For example, Julie's character constantly begs R to let her return to her new zombie-free barricaded hometown. Yet, when given the opportunity to do exactly as she wishes, instead Julie ultimately drives a car back to her old neighborhood for no apparent reason. Warm Bodies clearly loses its focus and attention to detail, creating a frustrating piece of filmmaking that aspires to get by on charm and heart alone. However, Teresa Palmer feels too much like a spitting image of the often unimpressive Kristen Stewart, and the result is an emotion-less "other half" to this charismatic love story. 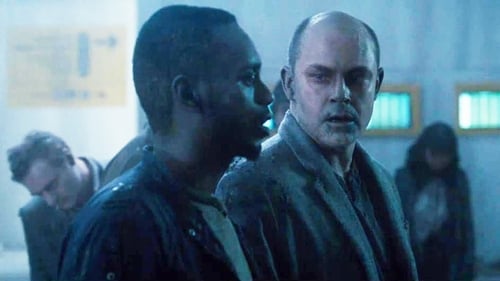 For as unpredictable and nonsensical as its characters are, Warm Bodies follows a rather generic and predetermined path to resolution. Unfolding exactly as you would imagine, there's nothing outside of a few creative components to the effects of eating brains to help keep the viewer's interest level elevated. All in all, it's a simple story filled with generic performances. Other than being an assured Valentine's Day box office success, Warm Bodies is clearly an average movie that barely scratches past the level of mediocrity.

As a HUGE fan of Levine's previous work 50/50, my hopes were pretty high for his latest effort, Warm Bodies. Instead, Levine delivers a to-be-expected final product that's superficial and often fun, but completely lacking in long term appeal. If you're looking for a solid date movie during the Valentine's Day holiday, then Warm Bodies is a decent choice.