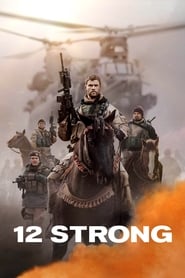 The war genre casts a wide net over a devout fan base, many of whom love to get lost in the rapid gunfire and battle for survival that overcomes a brotherhood of soldiers. And for that reason, Nicolai Fuglsig's heroic true tale, 12 Strong, will appease an extensive collection of moviegoers. However, if you prefer a more character-driven story in the vein of Steve Spielberg's Saving Private Ryan, which we all can agree is in a class that's difficult to reach, then 12 Strong will leave something to be desired.

Immediately following the tragic events of 9/11 the United States government summons a Special Forces unit headed by Captain Mitch Nelson (Chris Hemsworth), who's never actually spent time in battle, and travel to Afghanistan where they team up with an Afghani Warlord (Navid Negahban) to stop the Taliban from taking control of a major city. But as these dozen soldiers are tasked with overcoming unexpected obstacles and multiple gunfire encounters in a race against mother nature's fast-approaching harsh wintry conditions, the odds of survival continue to plummet. Yet bravery knows no bounds as the unit risks it all to stop the Taliban from gaining a stranglehold over the entire country. 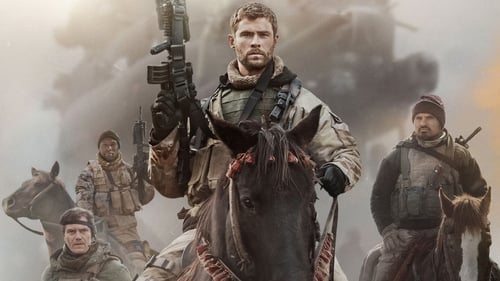 There's something to be said for depicting a truly heroic untold story admirably well, and director Nicolai Fuglsig accomplishes just that with 12 Strong. And while his full commitment is evident, and the actions of these brave soldiers justifiably seize various emotions from the viewer, there are too many missed opportunities visible throughout the film. Its dialogue is effective, but a clear disinterest in developing characters and examining their relationships with one another hold the film back from being something special. The overlying facts of the story are astonishing, making 12 Strong a worthwhile tale to tell. However, the bonds between these American soldiers and Afghani militants are merely glossed over. Fuglsig instead trades away opportunities to expand the depth of the story in exchange for irritatingly out-stretched battle scenes that accumulate screen time and accomplish very little else. Yes, the magnitude of these events are crazy to even comprehend, but 12 Strong would be far better off devoting its resources in other areas. For example, the film's main foe (played by Numan Acar) is given one scene to build his character. Therefore, when a moment of retribution finally arrives, its impact is devoid of significance because the villain hasn't adequately earned our outright disdain. Nonetheless, the film's trio of main stars, Chris Hemsworth, Michael Shannon and Michael Pena, all deliver stellar performances, as well as co-star Navid Negahban who also shines in a lofty role. With a magnificent true story as its foundation and a valuable collection of acting talent on board, 12 Strong stands represents a mediocre effort that comes with its strengths and weaknesses.