Review | Rise of the Planet of the Apes
Search 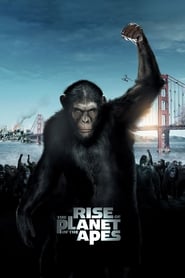 It's been over 40 years since Charlton Heston starred in the memorable classic Planet of the Apes. And who could ever forget the closing scene where Heston sees the predominantly buried Statue of Liberty? There is a reason certain films are categorized as "classics" and the 1968 masterpiece is no exception. Fast forward four decades to present day, and 2010 Oscar nominee James Franco is tackling quite the obstacle. With today's nationwide release of Rise of the Planet of the Apes, the remarkably talented actor is crossing his fingers that his prequel can stand up to all the naysayers. Truth be told, he's in for quite the challenge.

Rise of the Planet of the Apes follows Dr. Will Rodman (Franco) who, for personal reasons, is in search of a cure to Alzheimer's Disease. Rodman is close to a serious breakthrough on a drug that has tested well on a chimp, yet a disaster ensues and the project gets shut down. Instead of putting down the baby of his test chimp, Rodman takes the primate (whom he names Caesar) home and begins to raise him. Soon enough, the Doctor recognizes that the mother's medication has been passed to Caesar, and Rodman discovers the amazing learning capacity of the young chimp. However, Dr. Rodman quickly sees the problems with giving an animal the power of the human brain.

Rise of the Planet of the Apes offers an intriguing premise and a believable story. However, the film's director, Rupert Wyatt, falls short of creating a prequel comparable to the original. Wyatt's lead James Franco does a serviceable job portraying the gentle, yet destructive Dr. Will Rodman. In addition to Franco, who stole almost all of the the movie's screen time, John Lithgow was excellent as Will's mentally deteriorating father. Charles Rodman is a vital in understanding Will's motivation, and Lithgow successfully allows the audience to empathize with movie's main character. Acting is one area of the film that surely thrives.

Despite many strong performances, the main flaw of Rise of the Planet of the Apes is Wyatt's inability to properly pace the film. The movie opens well and develops smoothly. However, about an hour into the film Wyatt spends too much time attempting to humanize Caesar and other primates. As a result, the movie hits a roadblock and it begins to have an almost unbearable drag. But don't give up, because once you survive the middle of the film, the ending offers a satisfying resolve that is definitely worth the wait. Rise of the Planet of the Apes is a prototypical summer blockbuster, action-packed and carrying a big name. But unlike other returns to classic franchises, this one delivers.