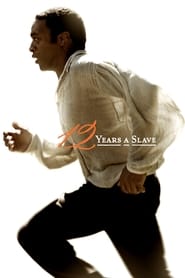 It always begins around this time of year. Prognosticators and hardcore fans of cinema make their initial claims for the upcoming awards season. And in 2013, many are pitting Alfonso Cuarón's epic sci-fi adventure, Gravity, verse Steve McQueen's candid period piece, 12 Years a Slave. When broken down, it's a tantalizing match-up that could very well survive the annual December barrage of Oscar-bait films. Although it's only October and there's still a long road ahead, one fact remains assured. Be prepared to hear all of the clamoring and outpouring of love for 12 Years a Slave and its entire collection of cast members.

Solomon Northup (played by Chiwetel Ejiofor) is a free black man living with his wife and children in Saratoga, New York prior to the Civil War. As an accomplished violinist and fan of the arts, two men arrive in Saratoga and offer Solomon a chance to earn a lofty amount of supplemental income playing music with their traveling circus for the next two weeks. Unable to refuse such a gracious offer, Solomon kindly accepts and begins his travels with the pair of gentleman. When they finally reach Washington D.C., Solomon is drugged by his associates and sold into slavery under the false name of Mr. Platt.

It's impossible to turn a blind eye to the cruel and inhumane history of slavery in the United States. Director Steve McQueen refuses to do so and addresses the harsh realities of that time period in his gripping new drama, 12 Years a Slave. The true life story of Solomon Northup is both horrific and astonishing, much like McQueen's film. Similar to the southern servants and field workers prior to the Civil War, 12 Years a Slave gives you no choice in the matter ... you're hooked. With a deep emotional attachment to Solomon's character, thanks in large part to an almost guaranteed Oscar-style performance from leading star Chiwetel Ejiofor, the feature embarks on a difficult, but necessary, journey. For as mesmerizing as Ejiofor is in his leading role, Michael Fassbender, a McQueen-regular, occasionally overshadows him with a devilish supporting turn. It rings eerily similar to Mo'Nique's Academy Award Winning effort in Lee Daniel's Precious. And while this is a proper platform to rave on and on about the onscreen brilliance from McQueen's entire cast, failing to mention the phenomenal debut work of supporting actress Lupita Nyong'o would be a huge injustice. In addition to the director's admirable ability to evoke these towering performances from his stars, Steve McQueen's vision is grandiose and executed favorably.

Despite the overwhelming number of successful aspects surrounding 12 Years a Slave, there are a few obvious detractors. For starters, the film suffers from what I like to call "Schindler's List Disorder". Now, I'd have to be outside of my mind to discredit Steven Spielberg's timeless classic, and almost the same thought applies to this contemporary reflection. However, filmmakers ultimately desensitize the audience when they continually depict scenes of brutality. The first time it's shocking. The second time it's still appalling. The 13th time it's just flat-out excessive. But to combat my own criticism, I will laud McQueen for shying away from being overly graphic with the savage nature of slavery until the third act when it becomes completely necessary. Any run-of-the-mill director could rely on a simplistic approach of showing torturous moment after torturous moment, and McQueen recognizes this. Instead, he brushes past many of the barbaric realities of slavery using them only as a complement to Solomon's unforgettable tale.

There are all different kinds of films. Some are intended to make you laugh, others to strictly entertain. Then, there are the movies meant to arouse deep-rooted emotion. This film is a prime example. While 12 Years a Slave is a worthwhile and spellbinding endeavor, it isn't a film intended for everyone. Yet, any fan of colossal performances, distinguished direction and compelling dramatics will find plenty to love.