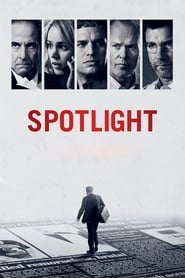 I've always revered the overlooked work of screenwriter and director Tom McCarthy. More respected for his earnest screenplays filled with wonderful character development and light-hearted comedy, McCarthy quickly hops into the directors chair once again following a critical bashing of his previous well-documented dud, The Cobbler. But despite McCarthy's recent poor showing, he bounces back in notable form - as you would expect from any artist and visionary with his talents - delivering one of 2015's hottest titles, Spotlight.

When Marty Baron (Liev Schreiber) is hired as the new editor of The Boston Globe in 2001, he assigns the paper's finest team of investigators (known as Spotlight) to look into a surprisingly disregarded case of sexual abuse allegations against a local Catholic priest. And as Spotlight digs deeper into the facts, they begin to uncover a massive conspiracy by the church to cover-up decades of known misconduct. But with the powerful institution pulling strings throughout the entire city of Boston, unveiling this shocking true story proves to be mighty difficult task.

Tom McCarthy's Spotlight unravels as one of the most compelling investigative dramas in decades. Tied to a national story that strikes a nerve in all of us, this entertaining fact-based tale commands the audience's attention with elite acting from its entire cast. Michael Keaton follows up his Oscar Nominated turn in last year's Birdman with another upper echelon performance that should return him to the big dance. Keaton not only finds stiff competition in the Supporting Actor race from Bridge of Spies' Mark Rylance, co-star Mark Ruffalo could quite possibly give Spotlight the first pair of actors nominated in the same category since Bugsy's Harvey Keitel and Ben Kingsley accomplished the rare feat in 1991. And while critics and insiders have touted Keaton's performance, there are moments throughout the film when the excellence of Mark Ruffalo dwarfs his co-star by comparison. In addition, Stanley Tucci continues to impress as one of the best character actors in the business. Spotlight's perfect blend of a hard-hitting story and an unmatched ensemble leave the film as a primed Best Picture contender.

Despite all of the feature's shining attributes, Spotlight is weighed down by a few glaring blemishes. The film does an adequate job of keeping the audience's attention throughout its more than two-hour running time, yet there are a few noticeable lulls the viewer is forced to push through. Generally, these poorly paced moments occur as a result of McCarthy and co-writer Josh Singer's quest for Hollywood dramatization. A collection of these scenes feel inauthentic and unnecessary to the progression of the film, which ultimately leave Spotlight as a flawed, albeit successful, title.

Considering the minuscule number of elite films in 2015, Spotlight positions itself nicely as one of the top tier entries. McCarthy relies on numerous fine performances to transition his gripping factual script to the big screen. If history is any indicator, for more than the last decade every Best Picture winner has debuted to audiences in some form prior to November. Therefore, there's a strong chance Spotlight could be a major player during this year's run to the Oscars, and it's definitely one you won't want to miss.