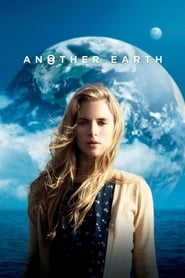 Co-writers Mike Cahill (the film's director) and Brit Marling (the film's star) had one goal in mind when crafting their debut feature film Another Earth, they wanted to make the audience feel something real. After a screening of the young duo's movie at The Franklin Institute in Philadelphia, the director and lead actress were in house to welcome questions from members of the Philadelphia Film Society and the Science community. After hearing their responses to the audience's questions, it's clearly evident that Cahill and Marling hope to inspire. And even if Another Earth only manages to be seen by a small portion of the population, the film will certainly do its job.

Rhoda Williams (Brit Marling) is a free spirited 17 year old girl living a life filled with endless possibilities. She has a deep love and respect for science, and her passion has helped land her a scholarship to MIT. One evening while driving home from a party, Rhoda hears an astonishing discovery on a radio station. Having never been able to see it before, another planet with glaring similarities to Earth appears in the sky. Desperate to catch a glimpse, the careless teenager takes her attention from the road and it results in a horrific car accident killing the wife and child of John Burroughs (William Mapother). After serving a four year prison term for her actions (she had been drinking that evening), Rhoda has trouble rejoining civilization and forgiving herself for what she's done. She hopes to find reconciliation in the form of the other Earth. 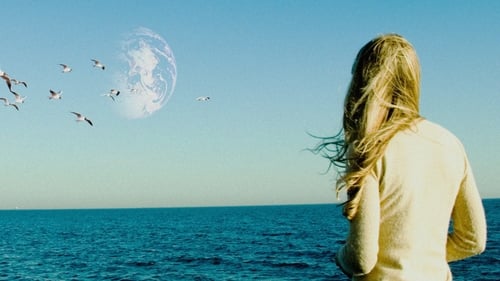 Many will attempt to classify Another Earth as a science fiction film, but that's far from the truth. The movie, at its core, centers around some of life's deepest and darkest emotions. The director Mike Cahill cleverly uses an astronomy based backdrop to open up an infinite number of possibilities for the movie. With a huge underlying theme of redemption, Another Earth introduces the notion of parallel universes to create inner turmoil for Brit Marling's character. And offering more questions than answers, the film challenges its characters and the audience to open their minds. Cahill indirectly stirs a debate between which life is better, the one not lived, or the tragic one that has ultimately shaped the person you've become? It's quite perplexing and extremely thought provoking.

Some viewers will watch Another Earth and be unforgiving of it's obvious and plentiful amount of plot holes. The film is by no means perfect. It's slow paced at times, and feels more like a two hour marathon than it's actual 92 minute length. But what co-writers Mike Cahill and Brit Marling hoped to create wasn't an entertaining, scientific phenomenon. Another Earth is meant to be a quest in self discovery, and from that perspective it definitely succeeds. The film is brilliantly acted with excellent cinematography. Moreover, the ending is absolutely mind blowing, and it will stick with you for days. It looks as though Cahill and Marling have bright futures ahead.