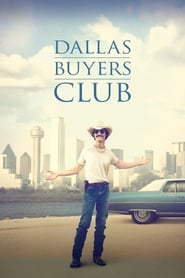 It's the type of news story the media adores. When word spread like wildfire that heartthrob Matthew McConaughey was planning to shed the pounds for a daring Oscar-bait role, all eyes focused on the Texas native. But there's an even bigger story at hand, the former romantic comedy star finds himself in the midst of a remarkably impressive string of fine dramatic turns, including his latest effort in Dallas Buyers Club. Forget about the excessive weight-loss, McConaughey channels his southern roots and delivers a dynamite performance that stands tall against any other acting role of 2013.

Dallas Buyers Club tells the real life story of Ron Woodruff (McConaughey), an electrician who lives life by breaking all the rules. And in 1985, after years of binge drinking, cocaine use and unprotected sex with countless women, Ron discovers that he's HIV-positive. The life-altering realization sends Woodruff on a renegade mission of illegally transporting the latest unapproved AIDS treatments from all over the world to his home state of Texas. And with the assistance of a transsexual named Rayon (Jared Leto), Woodruff opens up the exclusive and expensive treatment providing Dallas Buyers Club.

Director Jean-Marc Vallée's character driven Dallas Buyers Club is a fine cinematic conquest that provides arguably the most notable acting ensemble of the year. There's no question, McConaughey is absolutely electric in his role. So good, in fact, I can say without reservation it's the best lead performance I've witnessed all year. Whether the Academy agrees, we'll just have to wait and see. If there's one obstacle standing in McConaughey's way, it's his own onscreen sidekick, Jared Leto. Leto's emotional supporting turn as a drug-addicted transsexual is brilliant enough to almost overshadow McConaughey, which should make for a very interesting awards season. But Dallas Buyers Club is more than just a showcase for towering performances, it's a platform for a captivating and authentic true story. Vallée does a profound job of placing the viewer into the heart of 1980s Texas, where HIV runs rampant throughout the homosexual community and fear is in the front of everyone's mind. Due to a strong collaborative effort from the cast, director and screenwriters Craig Borten and Melisa Wallack, Dallas Buyers Club brings a realistic and engaging true story to life.

Although the film is a successful effort for nearly all parties involved, Dallas Buyers Club does include a few notable miscues. For example, Jennifer Garner doesn't warrant the amount of screen time her character is given. And as her face time mounts, she leaves plenty to be desired. In Garner's defense, it's difficult to pinpoint whether her character is under-developed or if she just squanders the opportunity, but either way it's ineffective. In addition, one of the biggest disappointments in Dallas Buyers Club revolves around the fact that Ron Woodruff is never allowed that quintessential moment of triumph. While this slowly-paced drama falls into a repetitious coma where Woodruff is halted by the authorities and then finds a way to circumvent their roadblocks (and so begins the cycle), the finale finds itself rather anti-climactic. Leaving nothing more to savor than a wonderful character arc for McConaughey.

Jean-Marc Vallée's Dallas Buyers Club culminates like almost every other highly anticipated film released this year, extremely commendable, but far from perfect. While this feature is one of the better ones, Dallas Buyers Club is an exceptional character study that admittedly moves slow and lacks a knockout punch. Fans of groundbreaking performances and superior filmmaking will find much to enjoy. But if you're looking for an entertaining blockbuster, then look elsewhere.