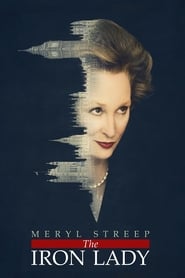 If you're following all of this year's awards season hoop-la, like me, you may be confused why movies like The Artist and Phyllida Lloyd's The Iron Lady qualify as 2011 releases. Chances are these film's didn't (or won't) hit a big screen near you until well into 2012. Well, the answer rests in the loophole known as "one week qualifying runs". These qualifying runs are a sneaky way for movie distributors to make their films eligible for the Academy Awards without forcing a nationwide release during the correct calendar year. You see, since the Oscars don't air on television until the end of February, many distributors use these qualifying runs to hold off wide scale releases until right before the Academy Awards. They hope that such a ploy will generate a larger buzz as Oscar voting gets under way. It's a flawed system, and completely unfair to the early year releases that become lost and forgotten (i.e. Win Win and Beginners) during the long road to the Oscars. As if Meryl Streep needs any advantage in the Best Actress competition.

Through the use of flashback, The Iron Lady tells the life story of the United Kingdom's only female Prime Minister, Margaret Thatcher (played by Streep). During her 11 year reign, Thatcher's no nonsense attitude helped end the Cold War and garner the nickname "The Iron Lady". Extremely controversial as well, Thatcher's hard nose conservative approach to politics made her quite the polarizing figure. The Iron Ladyfollows her unbelievable rise to power, and her inevitable downfall and resignation as Prime Minister of the United Kingdom.

Phyllida Lloyd's The Iron Lady is a maddening non-chronological journey through the life and mind of Margaret Thatcher. The film spends most of its time examining an elderly Thatcher as she experiences intense hallucinations and displays early signs of dementia. Lloyd attempts to use Thatcher's final moments as a mentally capable person as a platform of internal and psychological debate. As old age creeps upon each of us, which it surely will, thoughts of regret and reconciliation become imminent. The Iron Lady is Thatcher's chance to reflect on her groundbreaking ascension to power and the price she paid for it. Through her climb to the political forefront, Lloyd clearly paints a picture of division between Thatcher and her husband (played by Broadbent) and children. However, illustrating Thatcher's deep rooted regret through her senile recollection of past events seems all too nonsensical. Lloyd's roundabout approach leaves The Iron Lady feeling unfulfilled and unconvincing.

Although the film is far from perfect, its strength can be found in its cast. A once again award winning performance comes at the hands of the great Meryl Streep. She tackles this Oscar hungry role in a credible fashion. Streep's impersonation of Thatcher is spot on and the resemblance is uncanny. But if there's any downfall to the performance, it relies solely on the character of Thatcher that is created by the director. Streep is excellent at exemplifying the Margaret Thatcher Lloyd wants to portray, however, I question if it was the right decision by the director. In addition to Streep, Jim Broadbent is admirable as well as Margaret's loyal husband Denis. From top to bottom, the film is well acted and perfectly cast.

The Iron Lady is, by far, one of the strangest biopics I've ever seen. It's tiresome fascination with Thatcher's elderly psychological instability wears thin immediately. This unusual plan of attack gives the film a creepy and dark tone, which is far too peculiar for a biopic. With such an iconic figure in world history, you can't help but expect a better final product than what The Iron Lady offers. Streep's performance is undoubtedly exquisite, but it's not worth the rest of the muck you have to sort through. Unless you're dying to see Streep's award winning portrayal, I recommend shying away from this one.