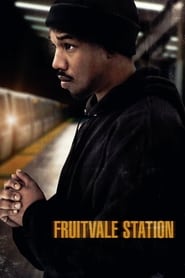 Opportunity is something you have to embrace in life, just ask the young up-and-coming writer/director Ryan Coogler. The 27 year old bay area born filmmaker found a story he was passionate about and helped turn Fruitvale Station into the 2013 Sundance Film Festival Grand Jury Prize Winner for a Dramatic. Having grown up around the same time and on the same streets as his movie's protagonist, the saddening tale surrounding Oscar Grant felt like the right story for Coogler to tell. He used a huge backing by producer and Academy Award Winner Forest Whitaker in order to assemble an unfathomable collection of actors and actresses including The Wire's Michael B. Jordan and The Help's Best Supporting Actress Winner, Octavia Spencer. And as they say, "the rest is history".

Fruitvale Station follows a troubled young man named Oscar Grant (played by Jordan) as he spends his New Year's Eve determined to correct his path. Desperate to provide stability for his 4 year old daughter and his girlfriend Sophina, Oscar makes a heartfelt resolution to walk the straight and narrow. But as the day winds down and Oscar travels to San Francisco with Sophina and other friends to watch the fireworks, his past ultimately catches up with him on this fateful evening at the Fruitvale Station terminal.

While writer and director Ryan Coogler's Fruitvale Station is a glowing example of dramatic filmmaking, he leaves himself completely vulnerable by addressing such a widely controversial story. However, disregarding the often-debated facts surrounding the tragic events of New Year's Eve at the terminal, Coogler opens our eyes to a different, more personal, story. With the aid of an unquestionable standout performance from Michael B. Jordan, Coogler brings his own version of Oscar Grant's story to life. Showing us a previously incarcerated young man who falls victim to the streets, where it's always easier to say yes to things like selling drugs than it is to walk away from the game. But not on this day, not for Oscar. Although the loving father knows how difficult of a struggle it can be to change, it has to start somewhere. Michael B. Jordan's convincing turn helps create a gentle and warm main character, one that is clearly flawed but easy to connect with. Therefore, Fruitvale Station becomes a well-made and effective dramatic effort.

Despite the film's knack for dramatic flair, it becomes impossible to ignore the contextual discrepancies and highly controversial facts surrounding the real-life story of Oscar Grant. While Coogler hopes to appear somewhat neutral regarding the facts of the evening and clearly portrays Oscar as an imperfect man, by approaching the film through the clean-slate perspective in which he does, Fruitvale Station can't help but become an agenda-driven piece. I don't wish to harp on that notion or even debate the black & white labeling that comes hand in hand with a controversial topic such as this. Instead, let me also point out that Fruitvale Station is a drawn-out and slow burning film. Although the director admittedly uses this tactic in juxtaposition to the fast-paced third act that flies by without a chance to really process the moment, the slow progressing opening and mid-section of the movie make for an overall dragging experience.

The major motion picture debut from Ryan Coogler, Fruitvale Station, is an undoubtedly flawed film that pushes through its faults and wins the audience over with a talented cast, a gutwrenching story and superb direction. It's clearly an imposing piece that's meant to make you feel a certain way, but at the end of the day, Coogler was able to pull me into the story. If you enjoy a well-made character-driven film, then you should take a chance on this year's Sundance Film Festival Winner, Fruitvale Station.