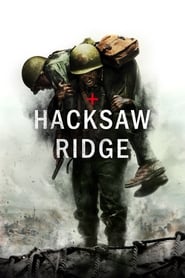 Despite Mel Gibson's personal controversies, as a filmmaker he's managed to deliver impressive features like Braveheart, Apocalypto and The Passion of the Christ. This November Gibson returns with the war drama, Hacksaw Ridge. While the film doesn't quite measure up to the director's most notable works, its incredible true story makes for an engaging cinematic experience.

After a near-fatal accident as a child, Desmond Doss (Andrew Garfield) makes a personal vow to never physically harm another human being. And following an attack on Pearl Harbor, young men all across the country are enlisting in the army to help America win World War II. Doss decides to join the army as a medic, but encounters the vitriol of his fellow fighters when he refuses to carry a weapon on the battlefield.

Hacksaw Ridge is a film about convictions, a theme that's obviously near and dear to Mel Gibson's heart. And while Andrew Garfield reaffirms his ability to carry a film, there are countless elements to the storytelling that fail to capture the viewer. There's a sentimental love story that feels superficial and the mistreatment of Doss by his fellow infantry division and high ranking army officials is merely glossed over, Oddly, within the blink of an eye, all is forgotten and Doss becomes accepted with open arms. Eventually, the film picks up steam when Gibson transports the audience to the Battle of Okinawa, where a gruesome and graphic account of World War II reminds us all of the brutality of war. Hacksaw Ridge unveils some grisly imagery that makes for a puzzling complement to its earlier tempered tone. Yet, as you witness the bravery of Doss that earned him a Medal of Honor, the film immediately becomes a more satisfying endeavor. Hacksaw Ridge comes with its fair share of flaws, but there's a wonderful true story nestled within that's undeniably remarkable.