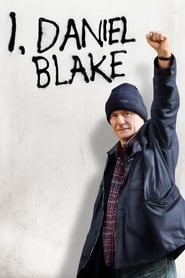 In another exemplary illustration of the human spirit, acclaimed filmmaker Ken Loach delivers his latest award-winning effort, I, Daniel Blake. Any time a film captures a Palm D'Or prize, the highest achievable award at the Cannes Film Festival, it immediately attracts attention. And with all eyes targeting I, Daniel Blake, this frustratingly honest drama successfully stands up to its lofty praises.

After suffering from a heart attack, laborer Daniel Blake (Dave Johns) is told by his physician that returning to work could develop into a life-threatening issue and advises him not to. As Daniel tries to apply for government assistance due to his delicate situation, a lack of personal attention to his case snow-piles into a laundry list of complications that keep him from receiving help. While fighting to have his appeal case heard, Daniel befriends a single mother (Hayley Squires) struggling to provide for her children. Together they try to take on a system clearly built to work against them.

What director Ken Loach is able to accomplish with his latest endeavor is nothing short of extraordinary. I, Daniel Blake is a modestly-shot film humanized on the shoulders of its unknown leading actor, Dave Johns. This protest film addresses an unforgiving British welfare system through the examination of its endearing title character. Through a blend of touchingly-funny dialogue and Johns' performance, it becomes impossible to hope for anything other than the best for Daniel. However, life can be so cruel and with every bit of rejection along the way, the audience wishes even harder for a fair resolution. Alongside Dave Johns, supporting star Hayley Squires provides an exceptional turn as well. Both of their Oscar prospects seem dim, but it's an earnest screenplay and towering performances that transform I, Daniel Blake into an overlooked festival darling.