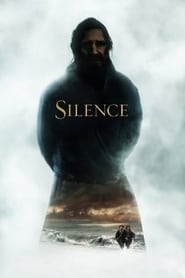 In many ways, the "passion project" is the backbone of all artistic expression. Surely, filmmakers and musical artists combat a "give and take" dynamic within their industries to advance their careers, but these special artistic endeavors are what fan the flames of creativity. In 2016, our cinematic year closes with a rare passion project from one of Hollywood's most iconic figures, Martin Scorsese. Silence stands as a religious tale that finally comes together after more than two decades in the making, and it's as polarizing a film as ever.

Father Rodrigues and Father Garrpe (Andrew Garfield and Adam Driver) are a pair of 17th century Jesuit priests who learn of their mentor's (Liam Neeson) repudiation of Catholicism in Japan. Therefore, they venture to the hostile island where they work to continue spreading the gospel while trying to avoid persecution from Buddhist inquisitors. Yet, as Father Rodrigues is captured and tortured by these unforgiving Japanese natives, trials and tribulations force him to question his own faith in god.

Silence tells a rather simplistic story in an excruciatingly drawn out demeanor, evident by the handful of viewers that walked out of the screening quite early in the process. Throughout the story, the complexity surrounding Father Rodrigues' escalating doubt in his own faith lacks energy and intrigue, so much so that even an iconic filmmaker such as Martin Scorsese struggles to win the audience over with his glaring  technical achievements. Silence offers pristine cinematography and strong direction, yet its outstretched screenplay casts a shadow over the films few notable conquests. Scorsese's decades-long passion project suffers from an obsessive attention to detail that ultimately creates a punishing experience for the viewer.

It becomes a chore to sit and wade through Silence's near 160 running time. The film's valiant lead performance from Andrew Garfield serves as one redeeming quality and, certainly, Scorsese deserves admiration for his commitment to delivering a cerebral tale of spiritual turmoil. However, movies are meant to stir emotions and entertain their audiences, yet in both regards Silence misses the mark. Instead, Scorsese takes the viewer on a repetitive journey that fails to generate a mounting response, but rather feels like a tormenting episode of "Groundhog Day". Consequently, the work's intelligent and intended focus becomes watered down by such a grueling structure.

I will always look back on Silence with an appreciation for what the film sets out to achieve, yet it's impossible to praise the manner in which Scorsese chooses to go about his storytelling. Unless you possess a deep-rooted affinity for religious tales or your fandom for Scorsese's marvelous career proves too strong - much like my own respect for his work, which put me in my seat - then there's very little joy in battling through the lethargic pacing of the filmmaker's latest effort.