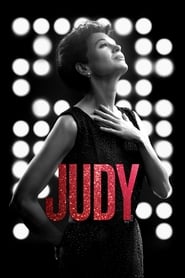 Time alters perceptions, and it may be easy to forget the stark reality that Renée Zellweger was one of Hollywood’s eminent talents throughout the turn of the millennium. Her adored turn in Jerry Maguire helped steer the actress to Oscar-recognized performances in Bridget Jones’s Diary, Chicago and Cold Mountain three years in a row, the last of which finally earned Zellweger an Oscar statue. However, a strange thing happened and Zellweger’s endearing looks and charming personality faded from the spotlight for many years. Thankfully, though, she returns with a transformative vengeance in Rupert Goold’s 2019 biopic, Judy.

The film highlights the final years of storied singer and actress Judy Garland (Zellweger) as she navigates through financial disarray and losing custody of her children. Judy reluctantly agrees to a series of concerts in London where her appointed tour overseer (Jessie Buckley) and latest love interest (Finn Wittrock) witness the sad and tragic decline of the legendary vocalist. Garland tries desperately to make it through the brief tour with hopes of earning enough income to help stabilize her situation and regain custody of her children, yet stability is anything but easy for Judy.

Rupert Goold’s grim and somber biopic truly encapsulates the well-documented history of Judy Garland’s depressing late-life struggles. And Zellweger steps into Garland’s shoes with impeccable ease, as an actress who was once on top of the world and somehow faded from the spotlight herself. However, in Zellweger’s case, this mild similarity is sure to catapult her back into the awards season discussion where her committed onscreen efforts shouldn’t go unnoticed. Perhaps most impressive is her vocal demonstration that isn’t necessarily shocking (as Zellweger showed she can sing in 2002’s Chicago), but it’s a fabulous reminder of her many well-rounded talents. And although her stunning likeness and exceptionally captured dejectedness are enough to keep the audience engaged throughout the film’s entire two-hour duration, Zellweger’s greatest efforts can’t keep Tom Edge’s screenplay from feeling misaligned. The non-chronological storytelling and usage of flashback is overtly contrived and far from effective, not to mention the film’s underlying soap-opera feel. Outside of the central title figure, other characters are hardly given anything to work with, making Judy a one-person show that’s placed in valiant hands thanks to a brilliant, career resurging turn by Renée Zellweger.