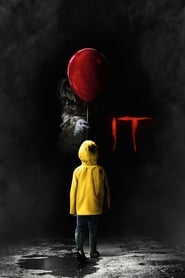 Stephen King's high profile work is no stranger to the Hollywood adaptation. Having been the genesis behind iconic tales like The Shawshank Redemption, The Green Mile, Misery and Carrie, just to name a few, King's stories always provide a unique tone that make for a memorable experience. Back in 1990, Stephen King's It was developed into a two-part miniseries that introduced mainstream audiences to Pennywise the clown. But 27 years later, in conjunction with Pennywise's incremental return to the town of Derry, Maine, Andy Muschietti reintroduces the world to Hollywood's creepiest clown.

In the small town of Derry, Maine locals have been disappearing at an alarming rate, especially children. And when a group of bullied kids known as the "Losers Club" each encounter the terrorizing clown figure known as Pennywise (Bill Skarsgard), they must band together to fight back against whatever "it" is. 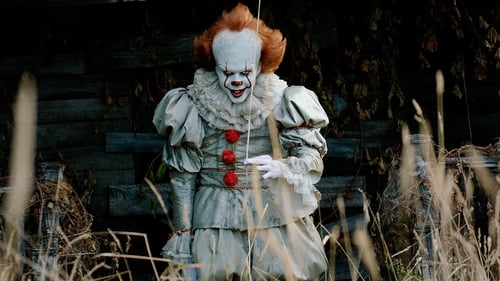 Nostalgic and compelling, Andy Muschietti's It marks a triumphant return to Stephen King's source material. An exceptionally creepy vibe and the Losers Club's non-stop comically immature banter help mask a few deficiencies, mainly a miscasting of the lead character Bill and some noticeable changes between this adaptation story and the original. Despite Jaeden Lieberher's strong accumulation of career performances (namely St. Vincent and Midnight Special), the youngster misses the mark with his latest role. Furthermore, Chase Palmer and company develop a screenplay that weakens the core of the film. By swapping trademark qualities among members of the Losers Club, It offers a clear distinction between which characters are more vital to the story and which ones aren't, thus losing a bit of the original's collective charm.

Although Andy Muschietti's reboot is far from perfect, the film possesses many fine components as well. I have heard rumblings regarding It's lack of legitimate scares, yet the mild frights arrive in high frequency and do just enough to carry the movie through an otherwise exhausting 135-minute running time. The film also delivers the goods on many of the original's iconic scenes, molding both reminiscence and a fresh new perspective into a winning remake of the classic miniseries. It focuses solely on the children's perspective and face-to-face encounters with Pennywise, whose essence is wonderfully captured by Bill Skarsgard, paving the way for an adult-centric sequel that's already in the works. It stands as a satisfying return to the town of Derry and makes the most out of its iconic lead villain.