Review | Just Go with It
Search 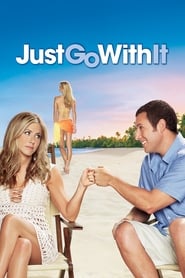 Dennis Dugan has a man crush on Adam Sandler. There, I said it. Now that the cat's out of the bag, maybe we can all start to put things into perspective. Since it seems as though the director is somehow attached to every Adam Sandler film nowadays, people are beginning to wonder if Dugan will ever branch out on his own again. If not, perhaps his son's baseball career (Kelly Dugan plays for a Philadelphia Phillies minor league affiliate) can pay the bills after his string of flops. Or did I speak too soon? Just Go With It, Sandler and Dugan's latest release, raked in over $30 million last weekend to claim the top spot for ticket sales. Much to the dismay of critics (most of whom have ripped the romantic comedy), it seems as though Sandler is still a strong box office draw.

Just Go With It follows a once heartbroken plastic surgeon named Danny (played by Sandler) who discovers a strange way to pick up women. Danny makes up stories about having an unfit wife at home and he uses the lies to lore women into sleeping with him. Everything seems to be going great until he finally meets Palmer (played by Brooklyn Decker), a woman he thinks could be "the one". Just when nothing could go wrong, Palmer finds Danny's psuedo wedding band and confronts him about it. Desperate not to blow his own cover, Danny tells Palmer that he's getting divorced. With the aid of his assistant Katherine (played by Aniston), the pair work together to fool Palmer into believing their lie. But as we all know, a simple lie always leads to another, and then the avalanche begins. There's no telling how far Danny will go in order to keep his secret and find true love.

There's nothing groundbreaking with the romantic comedy Just Go With It. The film is highly predictable and overdone. However, Adam Sandler is still one of the best comedy actors alive and he does his part to keep the film entertaining. With a noteworthy supporting role from the always funny Nick Swardson (he's unforgettable in the cult classic Grandma's Boy), Just Go With It certainly has its fair share of laugh out loud moments. Musician Dave Matthews gives a solid performance as well as his on screen beau Nicole Kidman in their respective side roles. However, despite the large star studded cast, Just Go With It ultimately falls short in the end.

Most of the problems with the film come at the helm of its director Dennis Dugan. It's hard to turn an overdone story into a compelling film, but there was a glimmer of hope here that faded as the minutes rolled. There's an ancient proverb that says, "Two hour comedies rarely ever succeed", or did I make that up? Anyway, truth be told Just Go With It spends so much time piling lie on top of lie that the audience finds itself fed up with the nonsense. Instead of getting to the cliche resolve in a timely fashion, Dugan lets the story recycle itself beyond necessity. By the time the closing credits roll, it's evident that the audience has given up on the story.

Since it's Valentine's Day and all, I'm sure plenty of people will trek to the theatres for dinner and a movie. There isn't much else to choose from, so Sandler and Aniston will undoubtedly draw a crowd (and maybe even you). When they do end up sucking you in, notice that Just Go With It is tolerable, but overdone.