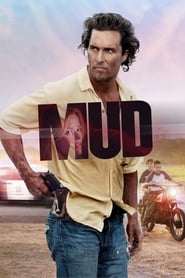 Matthew McConaughey has captured plenty of headlines lately as news of him joining Christopher Nolan's sci-fi blockbuster, Interstellar, made its way across entertainment outlets everywhere. McConaughey, who received plenty of recognition for his supporting turn in 2012's Magic Mike, has shifted his talents from rom-com star to legitimate dramatic actor. But perhaps he's never been better than he is in Jeff Nichols latest release, Mud.

Mud tells the coming-of-age story of a 14 year old boy named Ellis (played by Tye Sheridan) who ventures out with his friend Neckbone (Jacob Lofland) to restore a trapped boat. While scouting out the boat, they discover that it's being inhabited by a fugitive on the run named Mud (McConaughey). The boys decide to make a pact with the outlaw, agreeing to help Mud fix up the vessel and escape the bounty hunters and law enforcement officers who have been tracking him down.

American filmmaker Jeff Nichols follows up his 2011 critically acclaimed indie film, Take Shelter, with another well-written, character driven movie. Although Mud offers a completely different vibe than Nichols' debut work, both pictures succeed on extraordinary performances from a talented crop of actors and actresses. Although McConaughey delivers one of his finest roles to date, it's youngster Tye Sheridan who shines the brightest. With a deep-rooted subplot of love, Mud follows a young and impressionable boy who begins to discover the inner workings of life's most powerful emotion all on his own. While the boy experiences a rocky marriage between his parents on a daily basis, Ellis becomes enamored with Mud's stories of true, unbreakable love. As a main character himself, Sheridan's performance becomes a huge "make or break" aspect to the film. However, Sheridan astonishes without a hiccup and completely impresses the audience by demonstrating a level of work that far surpasses most youthful performances.

Despite all of its obvious accomplishments, Mud does manage to suffer from a slightly bloated running time. Nichols, who also writes his own screenplays, uses a smooth blend of one-liners and appealing quips to help ease the audience through the first hour and a half of the film. However, the 40-minute finale ends up feeling too drawn out and tiresome for its own good. But all in all, Mud's tiny flaw is overlooked thanks in large part to top-flight direction, well-crafted character development and a uniquely talented cast.

After premiering at the Cannes Film Festival in France last year, Mud will finally be making its way to American theatres. By evolving his work and tackling a more endearing subject matter, Nichols serves up an affable feature that will surely appeal to a much larger fan-base. Take Shelter was a brilliant piece of work, but his sophomore release is the type of movie that can be enjoyed by a grander audience. Mud is one of the finest efforts so far this year and I highly recommend checking out this great up-and-coming American filmmaker's latest feature.