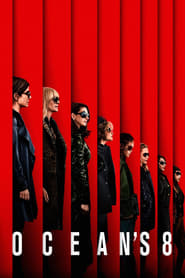 Fresh off a Best Director Oscar win for the pulsating drama, Traffic, Steven Soderbergh followed up his awards contender with the uptempo heist film Ocean's Eleven. Little did he know that the film's success would not only help spawn a trilogy of features, but it would also serve as the backbone of this weekend's eventual spin-off, Ocean's 8. However, this time around the "Ocean's" brand gets a complete makeover, spearheaded by a fresh collection of capers, all of which are female, who aim to rejuvenate the energetic and comedic tone that Soderbergh crafted nearly 17 years ago.

After Debbie Ocean (Sandra Bullock), sister of the presumably deceased caper legend Danny Ocean (George Clooney), is released from prison, she immediately reconnects with her former con artist friend Lou (Cate Blanchett) in order to get back into the family business. Having more than five years in the slammer to construct the perfect plan, Debbie assembles a team of specifically talented women to help pull off an unthinkable heist at the prestigious Met Gala in New York City. Yet, the job becomes even more complicated when Debbie makes things personal by trying to pin the robbery on Claude Becker (Richard Armitage), the rat who had her put behind bars years ago. 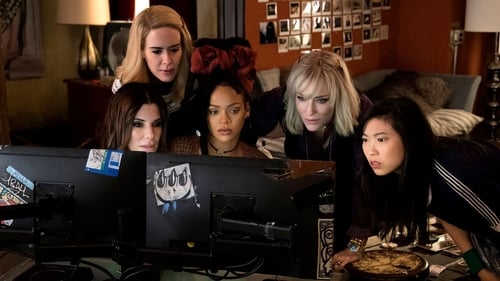 Flawless pacing navigates Ocean's 8 through an effortless 110 minute joy ride, fully equipped with staunch performances and loads of laughs. Academy Award Winner Sandra Bullock takes up the mantle as this new crew's ringleader and her onscreen work proves masterful once again. Comedy and edginess have always come naturally to Bullock, making her a no-brainer for the role of Debbie Ocean. Yet, it would be neglectful to discount the other women who help bring this worthwhile summer popcorn flick together. Each character delivers a fond uniqueness that ushers a delicate balance to the entire team. Whether it's Cate Blanchett's foresight and voice of reason, or Sarah Paulson's longing for thrills and adventure, everyone serves a purpose. Strong, unexpected performances are given by Rihanna, Mindy Kaling, and Neighbors 2 co-star Awkwafina, all of whom portray secondary characters as far as screen time goes, but each as essential as any singular member to the team. Let me also commend the strong work of proven stars Helena Bonham Carter and Anne Hathaway who both round out this exceptional crop of acting talent. But despite this heist film's impressive cast, entertaining story and uptempo cadence, Ocean's 8 suffers from a shortage of genre staples such as clever cons and misdirection, as well as an influx of unthreatning conflicts that cycle through the movie without a hitch. These shortcomings suggest a slight laziness in writing, yet they're easily overshadowed by a fun and mindless experience that optimizes the summer movie season.