Review | Sleeping with Other People
Search 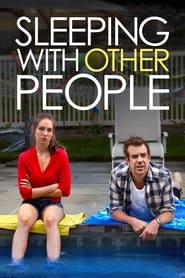 In a bit of a surprise, the indie comedy Sleeping with Other People wraps a laugh-filled exterior around a hearty center. Despite filmmaker Leslye Headland's unloved 2012 debut, Bachelorette, she rebounds nicely with this admirable second effort.

Following an unconventional encounter in which Jake (Jason Sudeikis) and Lainey (Alison Brie) took each other's virginity a dozen years prior, these two sexual deviants reconnect outside of a sex addicts meeting. And although Jake has developed into a non-committal womanizer and Lainey can't shake her sexual relationship with a taken man, their unusual friendship gives them fresh perspectives on life and happiness.

Sleeping with Other People is relentless with its sexually-driven humor and, despite feeling too over the top at times, it ultimately works well thanks to excellent turns from Sudeikis and Brie. Their onscreen chemistry is exceptional and their talents allow for fluid transitions between its raunchy jokes and more dramatic moments. Sleeping with Other People always feels authentic and benefits greatly from a strong collection of secondary characters and well-developed characters. Don't expect the next big breakout comedy, but it proves to be an enjoyable and smooth ride.