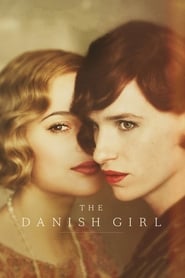 Instead of honoring a respected lifelong performer like Michael Keaton with a well-deserved statue at last year's Academy Awards ceremony, the Best Actor crown was handed to an up-and-comer that mainstream audiences knew very little about. Eddie Redmayne was undoubtedly impressive in his Oscar-winning portrayal of famed-physicist and ALS sufferer, Stephen Hawking, in the nominated biopic, The Theory of Everything. But swept into the Hollywood allure, he chose to follow up the recognized role with another awards season target in Tom Hooper's, The Danish Girl.

Danish landscape painter, Einar Wegener (Redmayne), lives a happily married life with his portrait-artist wife, Gerda (Alicia Vikander), in 1920s Copenhagen. But when Einar stands in as a female subject in Gerda's painting, it elicits a deep and powerful curiosity within him. As his infatuation and natural instinct to appear in public as a female grows to extreme heights, Einar bravely attempts the first-ever gender reassignment surgery.

By now it's blatantly obvious that Eddie Redmayne is attracted to roles with the potential to land him on Hollywood's biggest stage, and his latest collaboration with Tom Hooper is merely Oscar fodder. The Danish Girl meanders along and inadequately unveils the heroic story of Einar Wegener. But rather than effectively addressing the daily hardships and struggles of a man trapped in a woman's body, we're given a tragic love story that Army-crawls to its brutal two-hour finish line. In many ways the film actually parallels The Theory of Everything. It includes an unusual love triangle, it tells the story of a man trapped and living without a real voice in the world and, most notably, it delivers a standout female performance. Alicia Vikander is the main attraction here, and while I anticipate Oscar nominations for both her and co-star Eddie Redmayne, her recognition is certainly deserved.