Review | The Fault in Our Stars
Search 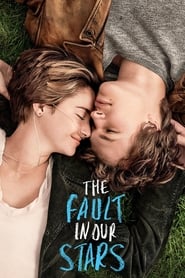 The Fault in Our Stars
Movie Critic Dave's Ratings
Stars

Prior to the release of this year's arguably successful franchise origin, Divergent, many likened the career paths of Shailene Woodley and superstar Jennifer Lawrence. Almost indistinguishable from the result of Lawrence's breakthrough role in the dark indie drama Winter's Bone, Woodley burst onto the scene with a nominated Oscar performance in Alexander Payne's The Descendants. And much like the way Lawrence followed up a well-received introduction to the industry by locking down the lead in a blockbuster franchise, Woodley signed on for Divergent. But the similarities don't end there, both are versatile actresses with the ability to sway the audience into making a connection with their characters. This certainly holds true in Woodley's newest effort, The Fault in Our Stars.

Hazel Grace Lancaster (Woodley) is an understandably cynical teenage girl suffering from a form of cancer that makes it difficult for her lungs to function. With almost no chance of living a long and fruitful life, she clings to her favorite novel, "An Imperial Affliction", and socializes with almost no one outside of her loving parents. But everything changes the day she reluctantly goes to a support group and meets Augustus (Ansel Elgort), an exuberant and confident young man who fails to mask an immediate attraction when he literally bumps into Hazel for the first time. Together the star-crossed young lovers struggle to endure their illnesses and teach one another about the beauties of companionship.

Director Josh Boone's The Fault in Our Stars finds a reasonable comparison with the recent Best Picture Nominee, Extremely Loud and Incredibly Close. Not only are both titles a mouthful, but each of these delicate films use a difficult subject matter as a way to tell an enormously important story, even if it's both life-affirming and heartbreaking all at the same time. The Fault in Our Stars never wavers from the sentiment but amazing chemistry and towering performances from its pair of youthful leads, Shailene Woodley and Ansel Elgort, carry the audience through a passionate tale of living and dying. With Woodley, many of us would expect such a performance. However, Elgort proves to be the dark horse with an almost equally effective turn that brings balance and credibility to the feature. I remember when I first spotted Elgort in the less-than-memorable Carrie reboot and, even then, he made his presence known. The up-and-coming actor knows how to command a scene and I look forward to wherever the future takes him.

Although The Fault in Our Stars conveys a cherished love story, it does so in an imperfect fashion. There are numerous moments that feel repeated throughout an almost exhausting running time north of two hours. A slightly more condensed version would've provided a sturdier base for the film. Pacing doesn't become an issue until the third act of the movie, but it's still a problem. Furthermore, a final product intended to elicit tears of sadness is never a sought out experience. Therefore, its taboo focus on mortality and the afterlife fails to shed new light on the topic and simply manipulates the idea for an emotional gain. A tactic that I refuse to embrace. But despite all of its bitter deficiencies, The Fault in Our Stars soars above its shortcomings and stands as a beautiful reminder of life's most important purposes.

Obviously targeted for a female audience, evident by the fact that my male comrades were nowhere to be found in the theatre, Josh Boone's The Fault in Our Stars manages to work for moviegoers of all genders. Woodley and Elgort are worth the price of admission and their convincing account of a budding romance between two cancer-stricken adolescents deserves both adoration and respect. With a beautifully written and thoughtful screenplay, I give The Fault in Our Stars my full stamp of approval.