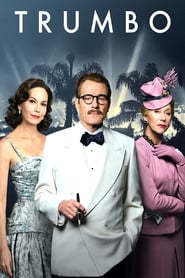 After an epic career as one of television's greatest characters, Breaking Bad's Walter White, Bryan Cranston tackles his first major leading role in a feature film. The remarkable life story of shunned Hollywood screenwriter, Dalton Trumbo, arrives on the big screen by an unlikely filmmaker, Jay Roach. The comedy guru is best known for Austin Powers and Meet the Parents, but he teams up with Cranston in an attempt to reinvent both of their careers.

Following the aftermath of World War II and the fear of communist Russia, Hollywood begins a witch hunt for political radicals working and living in the United States. Acclaimed screenwriter, Dalton Trumbo (Cranston), becomes one of 10 industry insiders held in contempt of congress during a publicized investigation and is forced to serve nearly a year in prison. Upon his release, Dalton and the others continue to be blacklisted by Hollywood until their talents are needed to rejuvenate a creatively inept industry.

Bryan Cranston gives a fully committed performance in Jay Roach's Trumbo, however an outstretched story and artificial drama dilute the experience. Co-star John Goodman injects a burst of energy into the film, as he tends to do, but it's not nearly enough to keep Trumbo from wearing thin. This undeserving Hollywood pariah is entitled to a feature worthy of his legacy, yet Jay Roach's attempt unfortunately falls short.