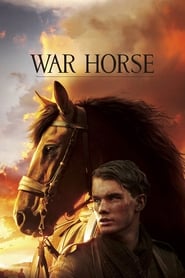 Steven Spielberg is a director who needs no introduction. With his latest features The Adventures of Tintin and War Horse, the two time Academy Award winner (Saving Private Ryan and Schindler's List) is using the final month of 2011 to make a last minute push for another statue. Clearly the frontrunner of the pair, War Horse has done fairly well (but not well enough) in the early stages of the awards season. Come February, we'll know for sure if 2011 is the year of Spielberg.

War Horse is set against the backdrop of World War I. Albert Narracott (played by Irvine) is a teenage boy whose family owns Joey, an unquestionably amazing horse. After Joey defies all odds and successfully plows their field in time for the harvest, Albert and Joey form an unbreakable bond. But when a disastrous rain storm floods all of their crops, Albert's father is forced to sell Joey to the English Army. Shortly after, Albert enlists in the army and travels to France in order to find his amazing horse, Joey.

With the Christmas release War Horse, Spielberg does the expected and layers on the schmaltz. As it develops, the film's exaggerated sentimentalism proves to be too much to bear. And although no one can argue against Spielberg's uncanny storytelling ability, War Horse manages to fall well short of its lofty Oscar winning goals.

Despite it's failure to reach expectations, War Horse is still a film that can be enjoyed on many levels. Joey experiences a magnificent journey through the horrors of World War I. Traveling across various sides of the war (England, France, and Germany), the movie delivers an eye opening adventure through a historically significant event. Furthermore, as Joey's course continues we are introduced to many different characters. Thanks in large part to Spielberg's storytelling, each of these characters offer a purpose that is unique and impressionable. All in all, War Horse is an entertaining adventure and an interesting story.

War Horse is a slightly above average film, that will eventually fall into the realm of the forgotten. Be advised, this is a movie about a horse. The Black Beauty-esque story follows Joey's journey and leaves you wanting more from the perspective of Albert, its main character. Newcomer Jeremy Irvine does a fine job in his leading role, however his character is regrettably misused. I was expecting a back and forth adventure between a man and his horse but, to a fault, this is not Spielberg's intention.

There are plenty of pros and cons when discussing War Horse. It's a mostly entertaining feature that claws at the door of being an epic tale, but never quiet makes it through. With a runtime nearing 2 and a half hours, the movie tends to lose its flare and leaves much to be desired. If you have little interest in the film, then I recommend staying away from it. But if you are eager to see War Horse, then I urge you to take the chance on Spielberg's latest effort. Just remember to temper those expectations, because there's no Oscar winner here.