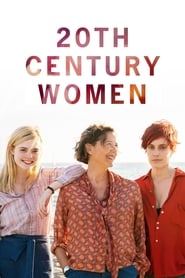 In my humble opinion, the greatest stories are the ones that build the strongest characters. Writer/director Mike Mills has illustrated an uncanny ability to do just that with interesting works such as Beginners - which earned veteran actor Christopher Plummer his first Academy Award - and the lesser-known, Thumbsucker. But as Mills pushes on with this character-driven approach, his efforts continue to gain notoriety. As is the case with his new Oscar-contending release, 20th Century Women.

Dorothea (Annette Bening) is a single mother raising her teenage son Jamie (Lucas Jade Zumann) in Southern California during the late 70s. And when Dorothea recognizes her inability to properly raise Jamie on her own, she enlists the help of her trusty tenant, a punk-loving twenty-something (Greta Gerwig), as well as Jamie's best friend and teenage crush Julie (Elle Fanning). These trio of women impart their singular wisdom and world views on the impressionable young man as he embarks on adulthood.

20th Century Women represents a hearty and comical coming-of-age story that puts its characters first. Mills doesn't obsess with the progression of the story as much as he finely tunes these multi-layered characters, and the result is a fun-filled depiction of the maturation process. Annette Bening has received (and earned) a large amount of awards season acclaim for her role as Jamie's independent and often cynical mother. She morphs into her character with unfettered ease and as Bening regularly delivers Mills' perfectly-scripted one-line zingers, Dorothea becomes an organic and complex persona that commands the audience's attention. In addition to Bening, supporting stars Greta Gerwig, Elle Fanning, Billy Crudup and Lucas Jade Zumann all offer exceptional turns. Gerwig separates herself from the pack with one of 2016's finest supporting performances. A few moderate issues with pacing haunt this nearly two-hour endeavor, yet 20th Century Women includes enough humor and soul to stand out as another successful film from a rare character-first writer/director.