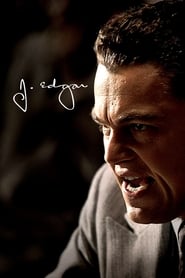 It must be something Leonardo DiCaprio thinks about. Any great superstar feels the need to attain his profession's highest honor. Whether it's DiCaprio and his zero Oscar wins, or Dan Marino and his ring-less hands, it's all the same. For the immensely talented actor, however, 2011 was supposed to be the year, and famed director Clint Eastwood was supposed to change everything. What began being sold to the masses as "the role of a lifetime", it's an understatement to call J. Edgar "over-hyped". Months prior to its release, the biopic of the controversial former head of the FBI started generating some serious buzz. And now, just days before its release, critics alike are urging viewers to temper their expectations. I urge the same.

Clint Eastwood's J.Edgar explains the rise to power and unlawfullness career of J. Edgar Hoover, the former head of the FBI. Hoover's reign spanned eight presidents and lasted nearly five decades. The film is a non-chronological look at the controversial figure and his loyal secretary Helen Gandy (played by Naomi Watts), as well as his trustworthy assistant Clyde Tolson (played by Hammer).

J. Edgar is a curiously constructed examination of a notorious figure in United States history. Director Clint Eastwood offers a nicely progressing, well paced film that also manages to be extremely gentle and elegant. Instead of having J. Edgar unravel in a linear fashion, Eastwood jumps back and forth from his early life to his latter years. Such an approach helps strengthen the character development of Hoover by forcing the audience to see the similarities he continually exhibits throughout his life. The leaping back and forth isn't hard to follow, but something about it feels unnatural. Therefore, I'm still left debating whether or not it was the right decision. Either way, Eastwood uses the camera very well and the cinematography is excellent.

Another strength to the film is its well constructed cast. I'm uncertain if this is the role that will finally push Leo over the top, but he does deliver an effective performance. By J. Edgar's conclusion, DiCaprio's hard-nosed portrayal allows the viewer to feel empathetic for the title character. And to be honest, what more can you ask for? Similarly, supporting cast like Armie Hammer, Naomi Watts, and Judi Dench are all memorable on screen. Often underutilized, Watts and Dench still manage to leave a lasting impression with the audience. Throughout the occasionally flawed J. Edgar, the strength of its cast enables the viewer to look past these glaring mistakes.

One big problem with the film is it's inability to choose a direction. Acting almost as an informative piece, J. Edgar fails to deliver a noticeable purpose to the audience. As the credits roll, you're left confused about its intent, as a a result, the movie is somewhat unsatisfying. In addition to it's lack of approach, the makeup in the film is awful. To the point of being distracting, it's shocking how bothering the appearance of an aged DiCaprio can be.

Simply stated, J. Edgar is decent, but far from great. Although the film is definitely entertaining, it's a long ways off from masterful. Temper your expectations because if you're expecting something amazing, you'll certainly be let down.