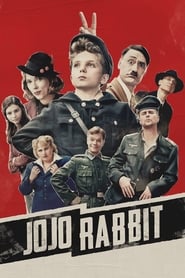 Philadelphia’s annual Film Festival brings elite Oscar-destined content to the tri-state area every October and this year was no exception. One awards season contender generating some serious buzz at year’s event is Taika Waititi’s Jojo Rabbit, a polarizing and relentlessly hilarious endeavor that, despite some early mixed reviews, continues to ride a wave of momentum following its world premiere at the Toronto International Film Festival. There, Waititi’s film captured the prestigious People’s Choice Award, an honor known for translating into legitimate Oscar success. And although Jojo Rabbit’s future seems inevitably bright, there remains a stubborn and steady critical backlash against Waititi’s effort. Yet, it’s a superficial and irrational sensitivity stemming from the film’s satirical spin on Hitler’s reign and Nazi Germany’s disgusting place in world history. But such complaints are wildly misplaced, as Jojo Rabbit delivers a tender and earnest coming-of-age story that spreads a message of love, compassion and acceptance at a time when it’s most needed.

The film follows 10 year-old Jojo Betzler (Roman Griffin Davis), a young and impressionable Nazi-fanatic whose most loyal companion is his imaginary friend Adolf Hitler (Taika Waititi). But despite Jojo’s blind love and admiration for the real-life Führer, deep down he just doesn’t have the makings of a ruthless Nazi soldier. So when Jojo discovers that his mother (Scarlett Johansson) is hiding a Jewish teenager named Elsa (Thomasin McKenzie) in their home, he becomes torn between his love of country and a strange new friendship. 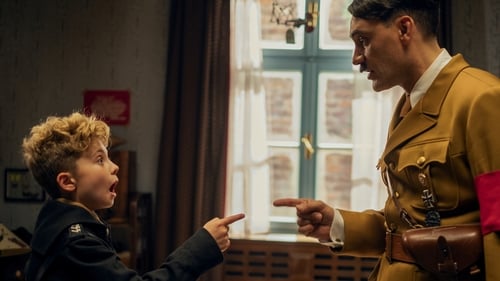 In an age of filmmaking riddled with unrestricted runtimes and blatant overextension, Taika Waititi provides a refreshing reminder that it’s possible to tell a sincerely funny, emotionally heartbreaking and morally uplifting story in both a fun and energetic way. Jojo Rabbit keeps a brisk cadence with hard-hitting and never-ending laughs that help navigate Waititi’s poignant tale. As writer, director and co-star, Waititi’s complete commitment and unwavering dedication to the film also prove to be the bloodlines of its effectiveness. Furthermore, Waititi’s wildly animated portrayal of Adolf Hitler is brewed with a wackiness and absurdity that always allows this emotional rollercoaster to circle back to its comedic roots. In the vein of The Great Dictator, a clear source of inspiration for Waititi’s vision, Jojo Rabbit boasts a fearlessness with its script and its performances that shouldn’t be overlooked. Waititi rounds out his cast with elite talent like Academy Award Winner Sam Rockwell and the always dazzling Scarlett Johansson. But most impressive are the turns provided by youngsters Roman Griffin Davis and Thomasin McKenzie, whose performances are perhaps most vital to the film’s success. McKenzie put her acting chops on full display in last year’s Leave No Trace, and proves it was no fluke by backing it up with another exceptional onscreen display. On the other hand, Roman Griffin Davis is an unknown who takes this first opportunity and makes the most of it. Countless performers in the film deliver the “Oscar goods”, so don’t be surprised if multiple cast members make an awards season splash. In addition to a well-rounded screenplay and brilliant ensemble, Jojo Rabbit’s cleverly worked soundtrack includes spectacular German covers of popular rock songs that help add even more layers to this well-rounded feature. The entire package is there, neatly wrapped in a pulsating and energetic exterior that solidifies Jojo Rabbit as one of 2019’s most enjoyable cinematic experiences and a bona fide Oscar contender.