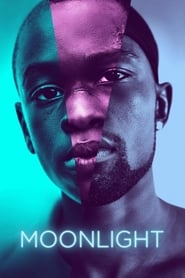 There are certain things in this world that just can't be explained. On the surface, Barry Jenkins' profound new feature, Moonlight, focuses on a familiar premise using many unknown actors and actresses, but somehow it manages to transcend the superficial sum of its parts. Being able to pull off that rare feat is nothing to take lightly. And for that reason, Barry Jenkins and his entire collection of writers, actors and crew appear to be in line for a huge awards season run.

Moonlight tells the gripping story of an impoverished youth named Chiron growing up during the heart of "The War on Drugs" in the projects of Miami. Chiron is taken under the wings of a local drug dealer (Mahershala Ali) and his girlfriend (Janelle Monae) while trying to avoid his drug-addicted mother (Naomie Harris). And as Chiron comes into his own, not only is he forced to battle the demons of his home life, he also struggles to come to grips with his sexuality.

Although Moonlight fails to venture into uncharted territory with its premise or story, the film unfolds in a truly mesmerizing manner. Within its partitioned structure, years pass from chapter to chapter bringing about a trio of performers to capture the essence of Chiron. Each are absolutely magnificent is this evolving story of self discovery and personal acceptance, but it's Ashton Sanders who shines brightest. Sanders highlights the middle segment of the film during Chiron's trying teenage years, where he experiences harsh bullying and an unforgettable glimpse into his sexual curiosity. It's a challenging role that's captured brilliantly by the young actor. Other standout performances come from Mahershala Ali, Janelle Monae and Naomie Harris. Ali gives a memorable turn in the opening chapter as Chiron's flawed mentor, while Harris appears in all three parts as the boy's drug-addled mother. Mounting buzz suggests that both Ali and Harris are the most likely to earn Oscar recognition but, make no mistake about it, there's no shortage of impressive acting on display throughout the entirety of Moonlight.

In addition to countless exceptional performances help create an engrossing story, Moonlight possesses flawless pacing and top flight direction. Barry Jenkins delivers a masterful vision that lifts the film from a recognizable tale to a refreshingly original finished product. And although Moonlight's stereotypical portrayal of urban drug addiction is slightly frustrating, it becomes an easily overlooked blemish by the time the third act arrives. In fact, I felt completely caught off guard by the film's final scene, as I could've easily taken another hour of Chiron's captivating journey. Needless to say, the surprising conclusion doesn't feel cheapened at all as the story ends at a meaningful crossroads.

Moonlight is a beautifully poetic expression of artistic collaboration. The film doesn't need to resort to shockingly graphic scenes of homosexuality to make a statement. It's understood that less is more as long as everyone involved goes above and beyond, which they certainly do. Moonlight stands as a transcending indie film packaged wonderfully by Barry Jenkins into a certified and deserving awards season contender.