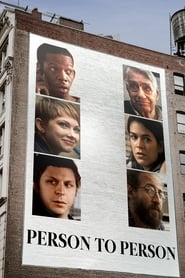 Indie filmmaker Dustin Guy Defa makes his return to the SXSW festival six years after his directorial debut, Bad Fever, premiered there. This time around he returns with a larger and more prominent cast in the hilarious new comedy, Person to Person. This thoughtful examination of human interactions is wrapped within a bright comedic shell that highlights the everyday humor in life and personal connection.

Set throughout the course of one day in the lives of various New York City residents, Person to Person follows a vinyl record collector (Bene Coopersmith) who stumbles across a rare find, a pair of magazine reporters (Michael Cera and Broad City's Abbi Jacobson) struggling to uncover the truth behind a murder (or was it a suicide?), a computer illiterate romantic (George Sample III) who does the unthinkable to the love of his life, and a cynical teen (Tavi Gevinson) unsure of her own sexuality. These mostly non-intersecting storylines tackle a wide array of personal issues and human connection with a hilariously tender approach.

Endearing and genuine, Person to Person captures the true essence of indie filmmaking with raw performances and modest city settings. Yet, even through its minimalist backdrop, Dustin Guy Defa crafts an assortment of enriched characters that are brought to life with skilled actors and actresses. You'll recognize some of the talent involved such as Michael Cera, Philip Baker Hall, Abbi Jacobson and Isiah Whitlock Jr., but it's a whole host of other unknowns that truly steal the show. Bene Coopersmith proves to be a naturally gifted source of laughs and the heartfelt performances of both Tavi Gevinson and George Sample III propel their complex characters to the forefront of the film. Person to Person lacks an all-encompassing message, but the film brings levity and originality to its dissection of human connection.