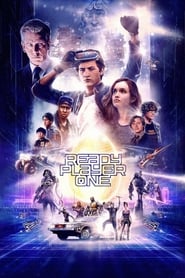 Iconic filmmaker Steven Spielberg generates a stir whenever he announces a new project is in the works. Having helmed classics such as Schindler's List, Saving Private Ryan, The Indiana Jones franchise and Jaws, just to name a few, it's easy to understand why his work garners massive amounts of attention. And as a unique visionary within the science fiction genre all throughout his illustrious career, excitement grew to unfathomable proportions when Spielberg announced he'd be directing an adaptation of the bestselling dystopian novel, Ready Player One, which he personally debuted at this year's SXSW festival.

The year is 2045 and people escape the monotony of their overpopulated, everyday lives by logging into the Oasis, a virtual reality world where your wildest imagination takes shape right before your eyes. And when the creator of the Oasis, James Halliday (Mark Rylance), decides to hide an "Easter Egg" within the game, holding a half a trillion dollar prize and full control over the Oasis to whomever finds it, people and corporations flock to this virtual world in hopes of winning the fortune. However, when teenager Wade Watts (Tye Sheridan) discovers a breakthrough that puts him atop the leaderboard, he must work with a close-knit group of allies to stop a maniacal CEO, Nolan Sorrento (Ben Mendelsohn), from locating him in real life and taking control of the Oasis forever. 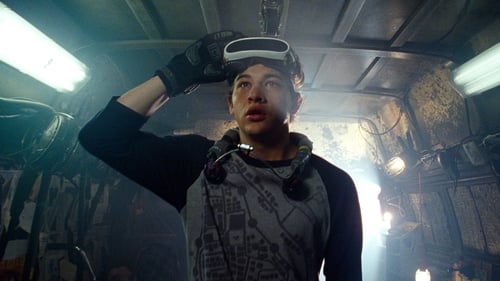 Spielberg’s latest is a visual masterpiece that combats its occasionally overwhelming CGI with a superbly-paced and completely absorbing story. The futuristic world in which Ready Player One finds itself immersed is an eerily realistic interpretation that feeds into its dystopian tale perfectly. Wade, like the millions of others seeking an escape from a reality that fails to offer them anything of substance, discovers a place where he belongs and holds a purpose. And the character’s unusual bond with his fellow gamers allows the Oasis to evolve into a convincing home-like atmosphere that mesmerizes more and more with every new introduction. Yet, for as lavish and enchanting as the Oasis is, Ready Player One’s most entertaining storyline revolves around the real-life quandary that Wade and Samantha face as they near closer to winning the prize. Tye Sheridan (Mud) and Olivia Cooke (Me and Earl and the Dying Girl) have shown a propensity for carrying a film and they continue the trend here. Neither is necessarily asked to do too much, as Spielberg relies heaviest on a visual overdose and gripping story, but Sheridan and Cooke deliver quietly effective turns that complement their director’s overarching vision. Ready Player One by no means breaks the sci-fi mold, however the film entertains with remarkable ease throughout its entire 140-minute duration and Spielberg once again shows why he's a true legend of Hollywood.