Review | The Ides of March
Search 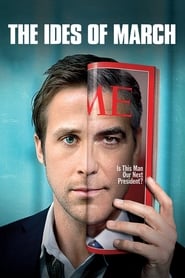 The multi-talented writer, director, and actor George Clooney debuted his latest film, The Ides of March, on the big screen at this year's Venice Film Festival. Finally, the buzzed about political thriller has made its way across the mighty Atlantic ocean and into theatres everywhere in the United States. After continually catching a trailer that leaves much to the imagination, I was very eager to see the story behind the hype.

The Ides of March centers around the waning days of a democratic primary where only two horses remain, Governor Mike Morris (Clooney) and Senator Pullman. Morris' campaign team is lead by the veteran Paul Zara (Hoffman) and the up and coming Stephen Myers (Gosling), while Senator Pullman is following the advice of his constituent Tom Duffy (Giamatti). It's crunch time, and both sides are facing difficult moral and ethical decisions that could push their candidate over the top. However, when Stephen makes an impromptu decision to secretly meet with the opposition's top guy, Duffy, his campaign begin to fear his loyalty. The result is a tailspin of deceit and dirty politics that everyone must play in order to secure the election.

George Clooney's The Ides of March is a gripping ride that's over before you know it. The film is strongly backed by numerous aspects. First and foremost, the movie is brilliantly acted on all accounts. Ryan Gosling has been spectacular in films all year like Crazy Stupid Love and Drive, but this performance is undoubtedly his strongest. Furthermore, the remainder of the movie's award winning cast is also spot on. Clooney, Philip Seymour Hoffman, Paul Giamatti, and Marisa Tomei all shine in their two faced roles. Every main character exhibits a great amount of depth, and each actor and actress captures it perfectly.

In addition to its stellar acting, The Ides of March has a taut, well structured plot. The sequence of events flow naturally and there is never a moment for the audience to break away from the story. By all means the film is interesting, suspenseful, and direct. Clooney wastes no time getting his point across, and it makes for an enjoyable ride. But to top it all off, the film's closing scene is sure to send your brain in a tailspin.

The only parts of The Ides of March that I can imagine irking viewers are the occasional remarks about the two real life political parties. If you're a die hard, over the top supporter of your political party, it's important to take the film's banter with a grain of salt. There's no need to get offended here.

The Ides of March proves to be a strong film with a strong cast. It's successful in its attempt to show the dirty inner workings of an obviously corrupt political system. I recommend taking a chance with Clooney's latest feature, it's one of 2011's finest offerings and certainly worth the price of admission.