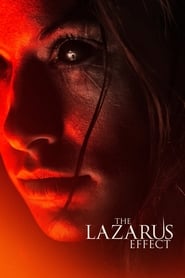 Mark Duplass is a fantastic voice in independent film. As a versatile writer, director and actor, Duplass has left this mark on meaningful films such as Safety Not Guaranteedand Jeff, Who Lives at Home. Having caught Duplass as the show-stealer in the indie horror film, Creep, on last year's film festival circuit, I became slightly intrigued by his newest and more mainstream work, The Lazarus Effect.

Frank (Duplass) and Zoe (Olivia Wilde) are a pair of engaged scientists who head a grant-funded research team whose work has evolved into a Lazarus serum that they believe could bring people back from the dead. What begins as a trial on dogs and other animals quickly spirals out of control when a freak accident in the lab unexpectedly takes Zoe's life. However, refusing to accept the loss of his loved one, Frank injects her with the serum and brings her back to life, only to discover that Zoe isn't the same person she once was.

The Lazarus Effect is a strange blend of Frankenstein meets Carrie crossed with a tiny element of Nightmare on Elm Street, but all in a less that satisfying way. Relying on cheap PG-13 scares and demonstrating some serious writing deficiencies, The Lazarus Effect boasts an intriguing premise and very little else. As expected, Duplass delivers another fully committed performance that's unfortunately squandered by weaknesses scattered all throughout the rest of the project.