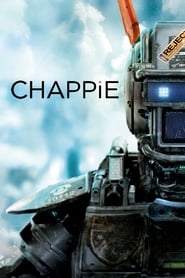 Visionary filmmaker Neill Blomkamp captured the imagination of audiences worldwide with his thought-provoking 2009 sci-fi masterpiece, District 9. His follow-up effort, Elysium, was far less impressive, but the feature still managed to push the envelope thanks to Blomkamp's original ideas. Now in theaters is the director's third film, Chappie, which happens to be yet another bold science-centric adventure.

Clearly a modern re-imagining of the 80s classic, Short Circuit, Dev Patel stars as a computer programmer who figures out how to maximize artificial intelligence and give machines the unique ability to think and feel like humans. Completely aware that he's onto something revolutionary, the programmer goes against his superior's wishes and uploads the software to a robot that's destined for the scrap heap. However, unfortunate circumstances place the super-advanced robot, Chappie, in the possession of a group of thugs intending to use him for crime.

For as clever and cerebral as Chappie is, the feature's remarkable themes and hidden potential aren't explored nearly enough. Instead, Blomkamp glosses over these immense possibilities in exchange for a highly action-packed story that gives an overabundance of screen time to Hugh Jackman's unnecessary character. As a result, all of the beauty and mystique surrounding Chappie falls victim to gun fire, explosions and futuristic mayhem that adds no depth to the story whatsoever. Chappie culminates as a mediocre film that squanders some exceptional potential.