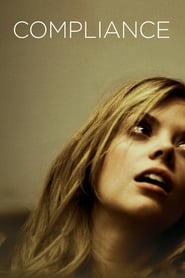 How often do you hear that a film is "inspired by actual events" or "based on a true story"? There's just something about those taglines that intrigues moviegoers and creates a widened sense of curiosity. However, most features that claim real life authenticity manage to only be loosely accurate, if that. Director Craig Zobel's Sundance Film Festival phenomenon, Compliance, also boasts such a tagline. The only difference being, Compliance is about 90% accurate and 100% shocking.

Becky (played by Walker) is a teenage counter girl at a local fast food joint in Ohio. On a busy Friday evening, the restaurant manager Sandra (played by Dowd) receives a surprising phone call from a man identifying himself as "Officer Daniels". The believed law enforcement agent claims that Becky has stolen from a woman's purse earlier in her shift, but that he's too busy to come down there himself. Then, "Officer Daniels" asks Sandra to do the unthinkable, strip search Becky and find the stolen money. This leads to a series of unfathomable events that raises questions of personal rights and individual privacy.

Compliance is an overwhelming and disturbing look into a real life situation gone awry. Zobel transforms a young girl's horrific experience into a big screen feature by meticulously examining a maddening sequence of events. The content is skin-crawling and uneasy to witness at times, yet, the fact that it's true adds an alarming sense of realism to the film. And while Compliance is sure to make you feel anger, despair, and disbelief, it raises a lot of questions about our society and how we respond to authority. To its benefit, the movie uses a regrettable real-life scenario to convey a meaningful message to an entire nation. It's okay to question authority and to stand up for what is moral and good. Compliance uses strong acting and excellent direction to keep the experience genuine. Sporting a virtually unknown cast, Ann Dowd stands out as a lifelong B-List actress who rarely garners the praise she deserves. Dowd is utterly convincing and shockingly similar to the real-life woman she portrays. Also, Zobel's direction warrants a great deal of recognition. Because of Zobel's attention to detail, Compliance is a well shot and accurate account of the true events that transpired in the restaurant on that soul-less evening. 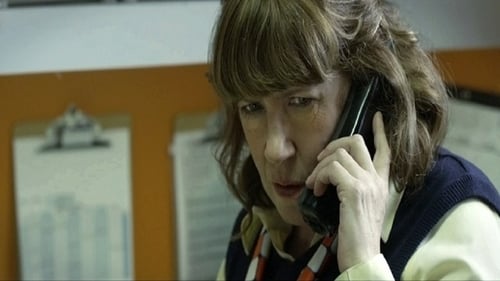 Although Compliance is a mind-blowing feature, there are many downfalls to the film. The dim-witted and idiotic actions of the characters, despite being true, are infuriating. During my screening of the film, there were  handfuls of audience members yelling at the screen. It's a frustrating movie to sit through and you'll feel tainted upon its conclusion. Furthermore, Compliance is slow paced and perhaps too content with settling for "shock value". The picture lacks any real sense of entertainment and solely looks to surprise, and educate, the audience. Re-telling this horrific true story may be better suited for an hour long news special rather than a feature length film.

The indie hit Compliance has a voice and a meaning, making it a worthwhile film to see. However, the 90 minute duration is sure to irritate, infuriate, and stun the audience. It's not a comfortable journey, but its larger message is one that's worthy of being told. While I wouldn't rush to theatres to see Compliance, it's worth checking out eventually as long as you can withstand idiotic decisions and disturbing realism.