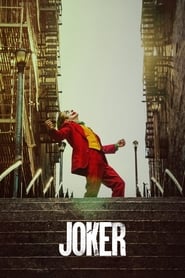 Comic book movies have long dominated the box office, but they’ve always struggled to break into the awards season discussion, especially in the most notable of categories (Best Picture, Director, Acting, Screenplay). Yet, Marvel’s Black Panther shattered the proverbial “glass ceiling” just last year by sneaking into the Best Picture race, a first for any comic book movie. And it may not take long to follow it up as Todd Phillips’ Joker is truly a full-packaged piece of artistry that breaks the mold by infusing a deep character study for one of the greatest comic book villains of all time. The result is an absolutely exceptional display of filmmaking that will be revered for generations to come.

Arthur Fleck (Joaquin Phoenix) is a deeply disturbed and lonely man who takes care of his sick mother by dressing up as a clown for a company in 1980s Gotham. But as a struggling economy leads to tension mounting in the city, Arthur becomes a punching bag and throw rug for the other citizens of Gotham. And all of this ridicule, rejection and abuse gives birth to a new side of Arthur, one that the world will remember forever. 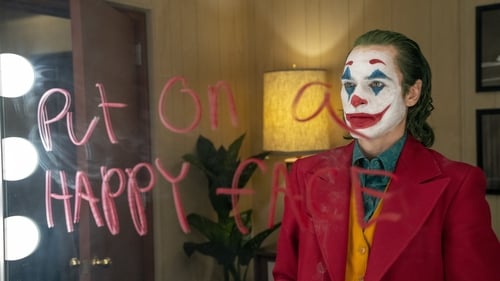 Todd Phillips gives us not only one of the best films of the year, but one of the greatest comic book adaptations of all time. From top to bottom the films doesn’t miss. This performance has propelled Joaquin Phoenix into the frontrunner for Best Actor, and the screenplay's central story ties in seemlessly and adds a twisted new perspective to what we know of Bruce Wayne's history. And did I mention that the film is technically savvy as well? Everything from its smooth cinematography to Hildur Guðnadóttir’s tantalizing score, Joker has all the makings of a serious Oscar contender across the board. The film’s brutally violent third act and dark consequences of severe mental health issues provides no silver lining whatsoever, causing a bitter backlash from certain factions. If I’m being honest, they’re not wrong. I completely get it and I wish there was something uplifting in the film for the audience to cling to. However, Joker is a sad and gritty tale, and one that only gets sadder and grittier with each passing frame. But when you keep the story’s genesis in perspective, we’re talking about a vile and disturbed villain. He doesn’t, nor should he, come from any semblance of a positive situation. Another brazen attack on the film has been its likeness to classic Scorsese works such as Taxi Driver and The King of Comedy. However, attacking the film for being derivative of Scorsese just sounds silly. Thousands upon thousands of aspiring filmmakers have make feeble attempts at mimicking Scorsese’s style and tone, nearly all of which have failed miserably. If you’re biggest gripe is that the Joker is too Scorsese-like, then I’ll have another please! Joker’s illuminating brilliance makes it one of the year’s finest films and an absolute must-watch effort from 2019.