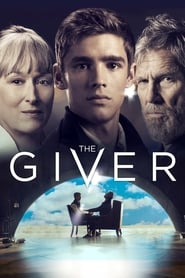 For all of the many passion projects floating around Hollywood, it's amazing to imagine that Jeff Bridges has spent nearly 20 years begging and pleading for an opportunity to play the title role in an adaptation of Lois Lowry's 1993 futuristic novel, The Giver. Finally, after decades of struggle and perseverance, the Acadamy Award Winning actor's wish has been granted. Yet, director Phillip Noyce's visually compelling finished product proves that good things don't always come to those who wait.

Following a world filled with war and pain mankind adopts the idea of communities, seemingly perfect places where extreme "sameness" and "likeness" leave no room for envy or jealousy. With happiness and conflict no longer in existence a young boy named Jonas (played by Brenton Thwaites) is given his future assignment, to meet with "The Giver" (Jeff Bridges) and become the Receiver of Memory. It's here where Jonas learns about the old world and discovers a wide range of emotions that he never knew existed. These revelations force the boy to question the entire foundation of his upbringing.

There are many issues circling around the latest sci-fi drama, The Giver. First, the film lands in an enormous line of young adult novels adapted into major motion pictures, which forms a natural comparison against blockbuster franchises that include The Hunger Games and Divergent. And while The Giver isn't a far cry from the newly popularized genre's finest offerings, it struggles to earn a respectable place in the crowded collection. Another blemish resides in the film's superficial approach to the story. For a novel filled with controversial and stimulating ideas about societal issues, The Giver's screenplay barely scratches the surface with properly addressing such topics. Therefore, the feature concludes as a cheapened adaptation focused more on appearance and style than delivering a mindful interpretation of Lois Lowry's novel.

To be perfectly honest, there aren't many glowing attributes to this summer's newest blockbuster. Outside of a tasteful filming style with its clever use of colors and state-of-the-art camerawork that captures some fantastic shots, The Giver is a rather bland feature. Jeff Bridges gives a fully committed performance but the rest of the cast is serviceable at best. Even fans of second hand stars such as the great Meryl Streep and music sensation Taylor Swift should harness their expectations, because neither character or performance adds much soul to the film. And despite leading man Brenton Thwaites' valiant efforts, he never feels like the right fit for the role of Jonas.

The Giver helped spawn the young adult novel movement over two decades ago and, ironically, kept getting skipped over during the recent cinematic surge. Now that audiences and fans of Lois Lowry's work are given the opportunity to visualize her words, it feels like a huge disservice. Perhaps the thought-provoking themes surrounding The Giver were never meant to be translated to the big screen.