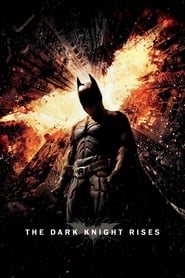 After the four longest years of our lives, director extraordinaire Christopher Nolan's final Batman installment, The Dark Knight Rises, has finally arrived. And since 2008, no movie has even come close sniffing the quality and precision of The Dark Knight. With the biggest of shoes to fill, Nolan spent nearly half a decade meticulously crafting the epic conclusion to his unmatched Batman saga. And now that I've seen the movie twice in the past 36 hours, I can say without hesitation that Christopher Nolan's The Dark Knight Rises is an absolute godsend. It's the perfectly tied bow to the greatest cinematic gift ever given, the most notable trilogy of all time.

It's been eight years since the death of Gotham's white knight Harvey Dent and Batman (played by Bale) has vanished since his assumed responsibility for the murder of the beloved District Attorney. After a steady run of clean streets and no organized crime to speak of, a new villain emerges from the ashes. Raised in the shadows of hell on earth, Bane (played by Hardy) is an ex-communicated member of The League of Shadows wreaking havoc on Gotham to fulfill the destiny of Ra's Al Ghul and destroy the city once and for all. 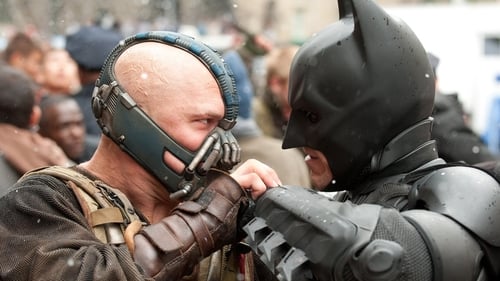 While attempting to dissect Nolan's The Dark Knight Rises, it's important to view the film in two different lights. First, examining the film within the context of the trilogy, The Dark Knight Rises is a fanboy's dream come true. Circling around in impressive fashion, Nolan's conclusion once again focuses on the psyche of the story's hero Bruce Wayne. In 2005 Batman Begins was predominantly a movie about Wayne, only to see 2008's The Dark Knight turn its focal point to other characters such as The Joker and Harvey Dent. With The Dark Knight Rises, Nolan delivers closure to the trilogy's main character by spending a near 2 hour and 45 minute journey testing both Wayne's physical and mental being. In doing so, we receive a finale that is both thematically perfect and utterly satisfying. Although The Dark Knight Rises fits perfectly into the mold of Nolan's big picture, some will claw and search for any flaw that they can find. The most obvious criticism may reside in the small sense of disappointment in Bane's character. However, Nolan makes the right decision by shifting the story back to Bruce Wayne and using Bane solely as a backdrop to a larger picture. Let it be known that Tom Hardy's valiant efforts will not go unrecognized, yet they're a far cry from the indescribable work of the late Heath Ledger. And to Hardy's credit, he adhere's to his director's wishes and never tries to steal the show. Nolan is one of the greatest visionary directors of all time and his masterfully executed finale, The Dark Knight Rises, is just another testament to his brilliant abilities.

In addition to analyzing the film within the context of its trilogy, it's also important to dissect the movie as its own entity. In this regard, The Dark Knight Rises becomes less perfect and sparingly flawed. With obvious visions of grandeur, Nolan inflates his script with an overabundance of central characters and gaudy action sequences. While I'll agree that most of Nolan's additions are warranted and beneficial to the film, I can think of one subplot and character in particular that's clearly forced into the story. Despite these minor blemishes, The Dark Knight Rises is entertaining throughout and clearly one of 2012's best pictures. Part of its success hinges on the phenomenal casting decision of Anne Hathaway as Selina Kyle. I must admit that I was one of the skeptics and naysayers when news broke of Hathaway's inclusion in the script. However, I was catastrophically wrong and freely admit to it. Hathaway adds a much needed element to the film that only Nolan could have envisioned. Kudos to the director and his leading lady on proving many of us wrong.

Christopher Nolan's The Dark Knight Rises is the biggest "Must See" movie of the year. Although it never reaches the same heights as its predecessor, it stands well on its own and it makes for a truly epic conclusion to Nolan's Batman saga. There's plenty to enjoy for all types of moviegoers and there won't be a better summer blockbuster than The Dark Knight Rises. Don't wait any longer, head to theatres ASAP and witness the final installment to the greatest trilogy of all time.