Blog | Ranking All 19 Films in the Marvel Cinematic Universe
Search

Login | Sign up
Ranking All 19 Films in the Marvel Cinematic Universe
By: Movie Critic Dave
Blog Categories
Movie List
Avengers: Infinity War has grossed over a billion dollars worldwide in its first eleven days, putting a stamp on Phase Three of the Marvel Cinematic Universe (MCU) and ushering in a new era of superheroes. It's exciting to imagine where things are headed with the MCU, but it's also a time worthy of looking back at just how we got here. Therefore, I've decide to take a trip down memory lane by ranking all 19 films from the MCU below:

The second installment of Thor's saga is far and away the MCU's most bland and generic entry that feels both forgettable and inconsequential. Siblings Thor and Loki struggle to get Phase Two going in this thoughtless franchise filler that's by no means worth recalling.

I anticipate some backlast for this ranking. Iron Man 3 was a disappointment to no end, mainly due to its complete mishandling of the Mandarin character portrayed by Ben Kingsley. And despite the fact that critics and audiences aliked shared an adoration for Shane Black's film, I just couldn't escape the slap-in-the-face aspect of Iron Man 3's major spoiler, especially when I has been longing for a worthy villain from the MCU.

Expectations play a huge role in anyone's personal opinions. And being that GOTG Vol. 2 was far and away my most anticipated Marvel release to date, James Gunn's sequel left plenty to be desired. The humor felt more forced and less impressive than its predecessor, but that wasn't my biggest issue with the film. Instead, I hated the glossing over of Peter Quill's internal conflict regarding joining along in his father's sinister plans, or staying loyal to his new family of misfits. GOTG Vol. 2 misses out on key opportunities to transcend the normal formulaic structure that often plagues the weakest Marvel films.

Admittedly, I didn't watch all of the MCU films by order of release date. In fact, I had to play catch-up quickly with all three Captain America films in a span of a few days. Immediately after my viewing of The First Avenger I was hardly impressed, setting up a sour start to my binging plans. However, after following up with The Winter Soldier and Civil War, both in short order, it did provide a newfound appreciation for Steve Rogers' origin story.

2008's The Incredible Hulk feels even worse in retrospect. Edward Norton instantly bailed on the Bruce Banner role, only to be picked up by the more than capable Mark Ruffalo, who has helped salvage the character. Yet, Norton takes center stage in the Hulk's only stand-alone film, where he spends most of the screen time monitoring his heart rate trying to keep his inner monster at bay. And when we're finally given the rampage of The Hulk, it's certainly gratifying, but nowhere near as memorable as it should have been.

As a big fan of their ambitious multi-hero collaboration, The Avengers, hopes were high for the sequel Age of Ultron. James Spader had proven his insidious credentials as star of the hit TV show The Blacklist and being cast as Ultron forced me to believe that, even after screwing up the prospects of The Mandarin in Iron Man 3, this would finally be the iconic foe for which fans had been clamoring. Sadly, Ultron unravels as a laughable villain pawn that's merely used to set up the next chapter in the MCU storyline.

Iron Man's second installment didn't quite deliver the same cache as the original, mainly because of its difficult purpose as both a continuation of Stark's story as well as a set up to future MCU features like The Avengers, yet the film still does an admirable job of entertaining thanks to a quality bad-guy turn from Mickey Rourke (as Whiplash). Iron Man 2 feels like its gotten lost in the widening expansion of the MCU, but the effort does manage to hold up well over time.

Debuting long after Robert Downey Jr. perfected the arrogant wise-cracking Tony Stark, Bendict Cumberbatch's character Doctor Strange couldn't help but feel like a cheap reboot. Don't get me wrong, I love the cape and all, but the story of Doctor Strange was great in theory and less spectacular in execution. The mind-numbing CGI and visual effects gobble up the majority of screen time and there wasn't enough else to keep me engaged. I mean it when I say that I find the origins of Doctor Strange's powers and abilities fascinating, I just wish it came together in a more thoughtful and compelling manner. 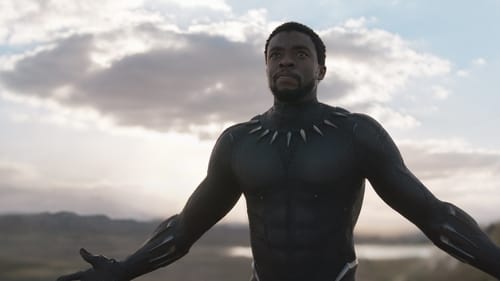 The outpouring of love regarding Black Panther always felt a bit puzzling to me. To the film's benefit, Michael B. Jordan's dastardly, yet also sympathetic, character added a controversial depth that I thoroughly enjoyed. However, the hokey love story between T'Challa and Nakia really got underneath my skin. And rather than categorizing Black Panther as an upper echelon entry from the MCU, like many do, I find it somewhere in the middle of the pack.

At the time of its release nearly seven years ago, we hadn't felt something so other-worldly from a superhero film outside of the Superman franchise from the late 70s and 80s. Consequently, Thor resonated with me and surpassed my modest expectations with a charismatic lead character from an intriguing home planet of Asgard who's banished to Earth to learn a lesson about arrogance and vanity. It comes with its flaws as well, but Thor's first installment was certainly a worthwhile introduction to his character.

Full disclosure, I have a soft spot for Paul Rudd. His awkward humor is unparalleled and fits in perfectly with the often hilarious and somewhat anti-hero story surrounding Ant-Man. This imprefect addition to the MCU suffers from a middling villainous foe, but overshadows its faults with insanely on-point visual effects that transform before your very eyes. The laughs are endless, the characters are endearing and the unique abilities of Ant-Man are truly spectacular.

Captain America's second go-around, The Winter Soldier, won over audiences with its stylishly choreographed fight sequences that keep the action pumping throughout Steve Rogers' difficult transition to modern day good vs. evil. In his quest for answers, Captain America discovers the shocking identity of The Winter Soldier which eventually goes on to form a riff between himself and Tony Stark. This pivotal entry in the overarching lead up to Civil War is as entertaining as it is essential to the MCU. 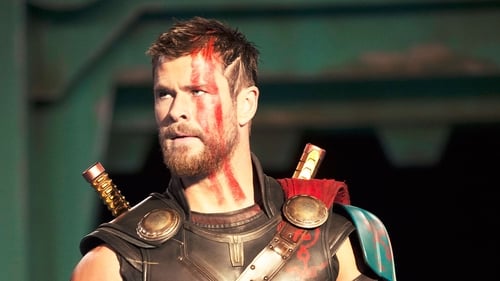 If nothing else, the MCU thrives on providing fun-filled popcorn-flick entertainment which it may not execute any better than it does in Thor: Ragnarok. After missing completely with the first Thor sequel. New Zealand director Taika Waititi takes the reins with a colorful, high-octane thrill ride into its title character's quest to free himself from imprisonment on a planet and free Asgard from the impending destruction of his evil sister Hela (Cate Blanchett). There are many iconic moments in the film, from Thor's gladiator-like battle with the Hulk, to just about any scene that features a sinister performance from Blanchett. Ragnarok isn't the most instrumental film in the MCU, but it's definitely one of the most fun and energetic.

The recent MCU entry Spider-Man: Homecoming blends together the teen comedy and superhero genres into one action-packed and unpredictable affair. The film's questionable effects on the MCU timeline come with their merits, but I rather enjoyed Homecoming for Tom Holland's goofy and naive persona that makes the character so unique and interesting. His desire to win over Tony Stark's approval plays in a secret heroic life that he keps distant from his less-than-popular reputation in the high school ranks. Furthermore, Michael Keaton's Vulture character complements Peter Parker well with another morally complex and sympathetic spin that's become a real positive lately in the MCU.

As we climb into the Top 5 films within the MCU we trace the saga back to its not-so-humble beginnings where Robert Downey Jr. first introduced us to Tony Stark nearly a decade ago. The role felt so natural and organic, as arrogance and snarkiness oozed from Stark's character, branding a whole new world of superhero that would start with Iron Man. Stark's origin story was certainly interesting, but it was Downey Jr.'s performance that put the film over the top and paved the way for Marvel's global success.

Back in 2008 no one could have predicted the trajectory of Marvel's greatest superheroes and the inner turmoil that would ensue between Iron Man and Captain America following tragedy that resulted in the massive loss of human life. Now, Civil War definitely marks the combative philosophical differences between Stark and Rogers, but it also provides a stunning revelation (well, for Tony at least) that divides a wide cast of heroes into dueling sides. The drama resonates, the action is gripping and the massive superhero fight scene is more than worth the price of admission, allowing Civil War to become a crucial juncture in the MCU.

Phase One built up to a bombing finale with 2012's The Avengers, which provided our first real collaboration of superheroes and paved the way for countless other iconic crossovers from the MCU. Perhaps most remarkable is the film's unfettered ease with intersecting storylines that would pull the Avengers together into the same set of circumstances, mainly battling other-worldly creatures  unleashing their wrath upon New York City under the behest of Loki. Despite all of the destruction and devastation that occurs, teamwork prevails and sets the stage for the second main chapter of the MCU. 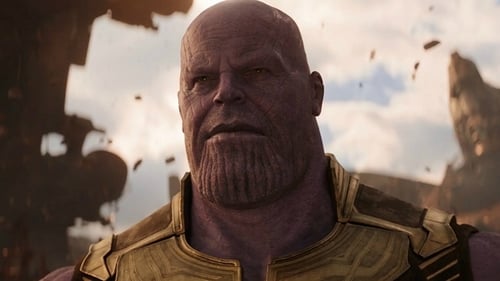 Marvel's even larger expanded Phase Three comes to a crashing halt with the MCU's latest release, Infinity War. While some may argue that the film benefits from a freshness that helps propel it up this list, I like to think that there are a multitude of reasons why Infinity War deserves such high praise. Not only does it bring together an even wider collection of characters than ever before seen in Marvel film, it does so with clarity, purpose and precision. The story delivers a beautiful complexity that's by no means a struggle to follow, and Infinity War's carefully calculated primary foe, Thanos, offers a debatable moral quandry that adds depth to the entire MCU. And although the film concludes at a rather sore spot for viewers, it's the perfect breaking point for fans to sit back, digest what's happened, and theorize about what's to come from Marvel.

And finally, we've arrived at my favorite Marvel film to date, 2014's Guardians of the Galaxy. Action and comedy have always been two prominent staples in the formulaic structure prevalent throughout the MCU, but no title within the universe raises the bar with these elements like James Gunn's tale of misfit heroes. It felt like Chris Pratt's popularity ballooned overnight, first with Guardians and shortly after with Jurassic World. Yet, the fine comedic actor knows his strengths well and executes them to hilarious perfection as Guardians rarely misses at an attempt to stir up laughter, and all of this fun-filled energy is counter-balanced by a gripping story and high-octane action that catapult Guardians of the Galaxy beyond just an exceptional Marvel film and into one of the greatest superhero movies of all-time.
Top 5 Films of 2021 (Unofficial)
Coming Soon
Dave's In-Theater /Streaming Picks
Dave's In-Theater/Streaming Skips